Gualicho has finished painting a new mural in Isla Maciel, Buenos Aires, he has called ‘Hexagonario’. Isla Maciel in the county of Avellaneda is one of the oldeset and poorest neighbourhoods in Buenos Aires and street artists have been working on new murals as part of a project called ‘Pintó la isla’ to improve the area.

The wallpaper-like design features a pattern of ‘elodeas’ – an algae common in the Rio de La Plata – and Gualicho has mixed it with other organic and abstract shapes that are knitted together in a hexagonal structure.
Gualicho said: “I left the background as it was, because I love the colours that were left on the wall with the passing of time. An important part of this place is the construction of  ‘conventillos’, very old houses (occupied by many different families) made from wood and metal sheets. Other parts are ‘villas miserias’ very, poor houses, than have nothing to do with the picturesque ‘favelas’ of Brazil.” 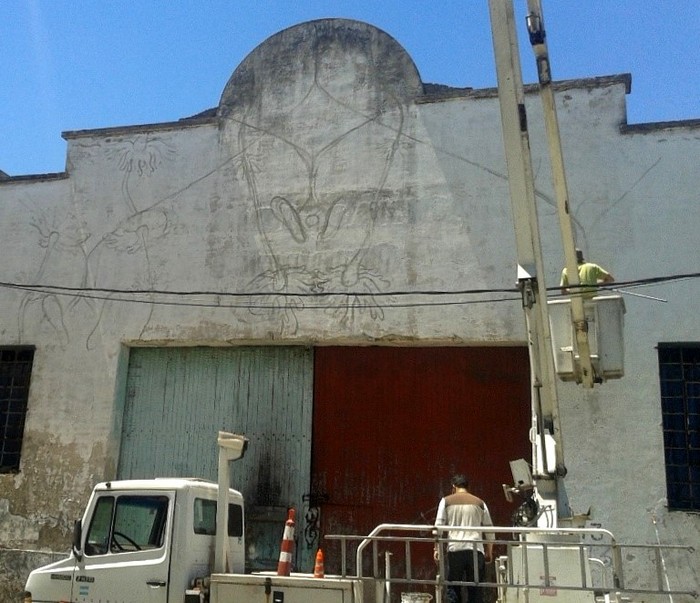 First outlines on the building
“Isla Maciel was the land of brothels at the first years of the 20th century because of its proximity to the port of Buenos Aires, where all the ships (and sailors) arrived to the city,” Gualicho. “Nowadays there are no more brothels, but is still a very dangerous place. Now most of the people are workers and a lot of families live here.” 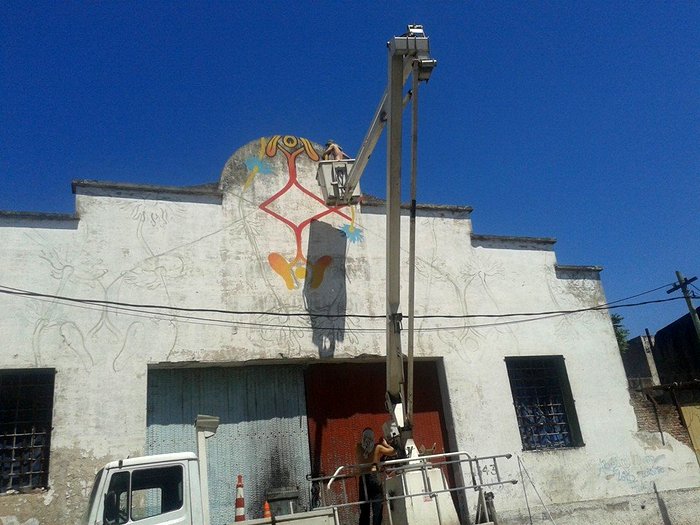 Gualicho painting the first details of the mural
Gualicho added: “At the end of every day when I came back from painting, I saw all the people on the streets sitting in the doorways of their houses under the shadow of the trees, drinking mate and watching the people passing by. For me this was very inspiring because I found myself again with a true feeling of common people trying to do something to change their own enviroment.”
All photos © Gualicho. Check out more works by Gualicho at facebook.com/gualicho.art
Previous Reading

END_OF_DOCUMENT_TOKEN_TO_BE_REPLACED

El Marian has painted a powerful new mural in Palermo that features a group of youths throwing molotov cocktails. 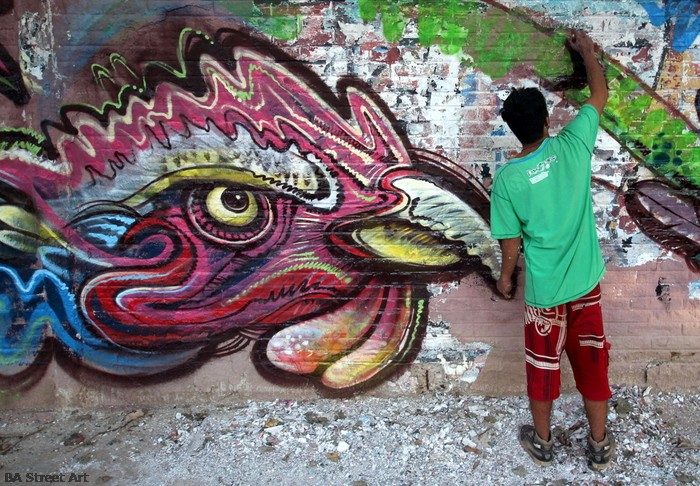