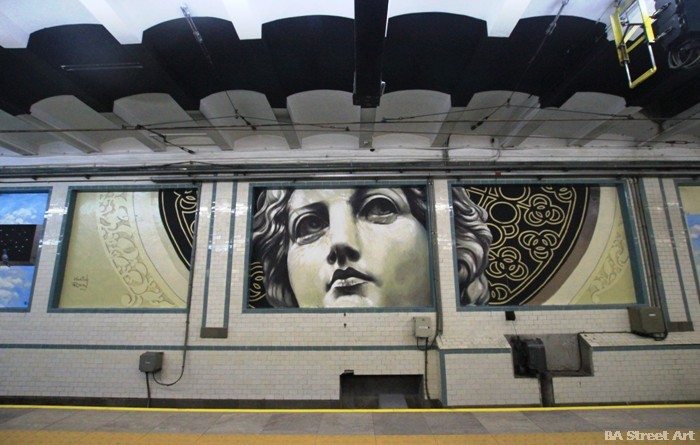 The artists were working on their new designs over the last couple of weeks and finished them in time for the reopening of Linea A last night. The line and stations had been closed for two months while repairs and refurbishment were being carried out. Plaza de Mayo subte station with its Art Deco features has also been repainted. 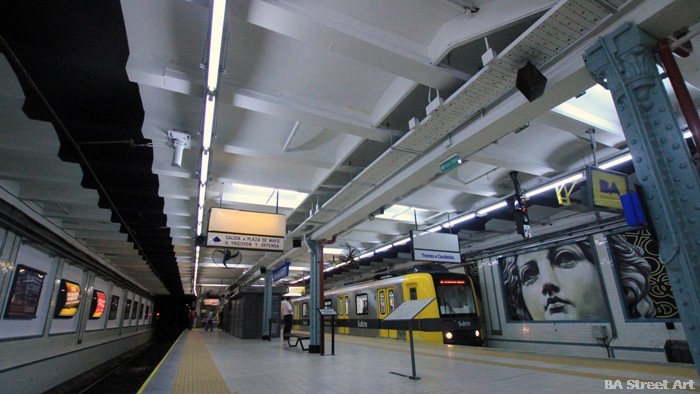 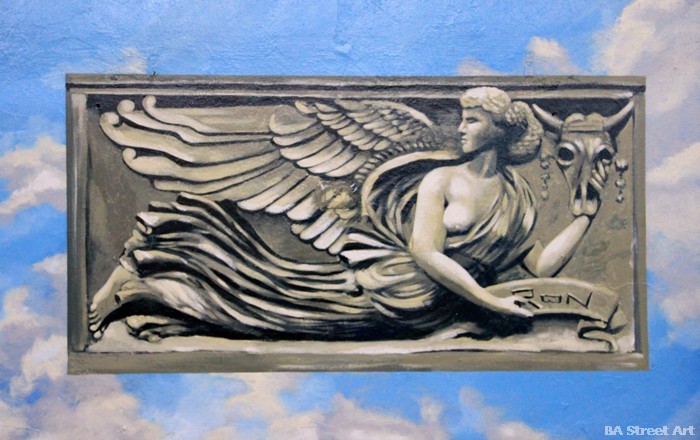 Details of murals by Martin Ron 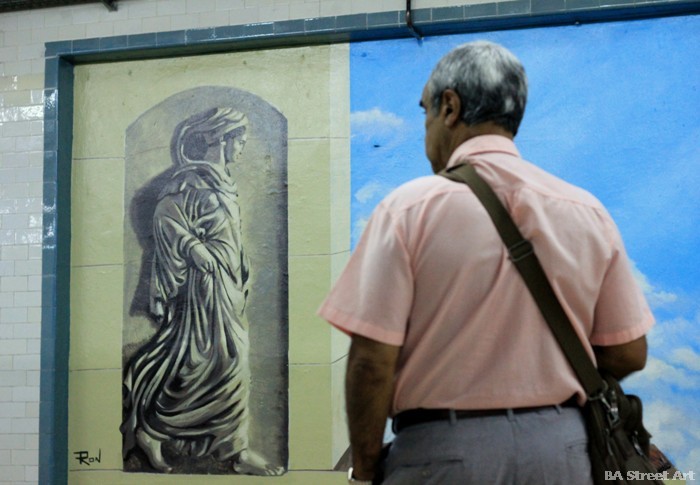 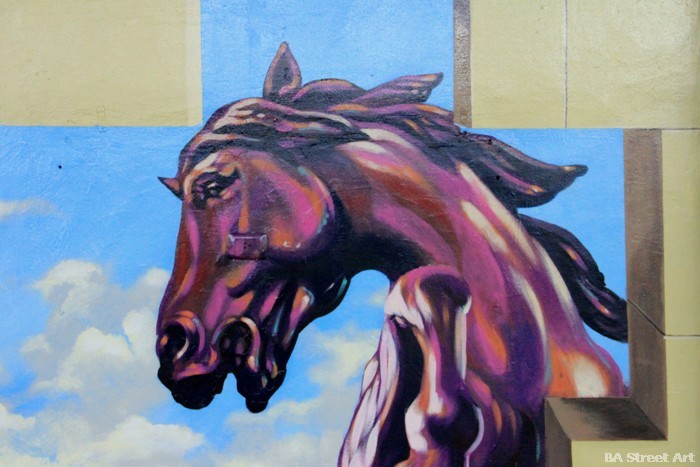 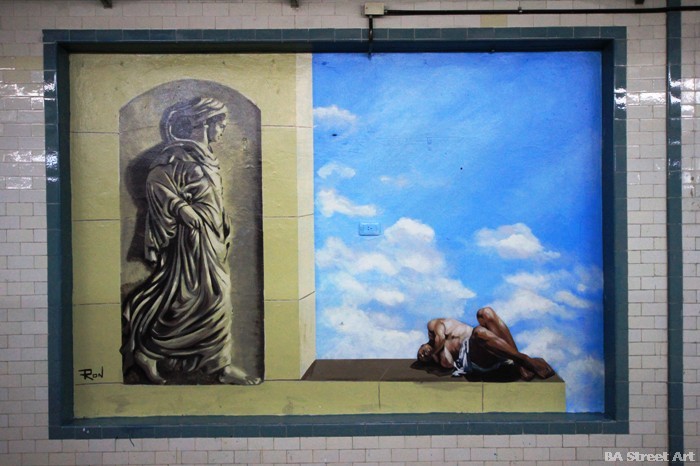 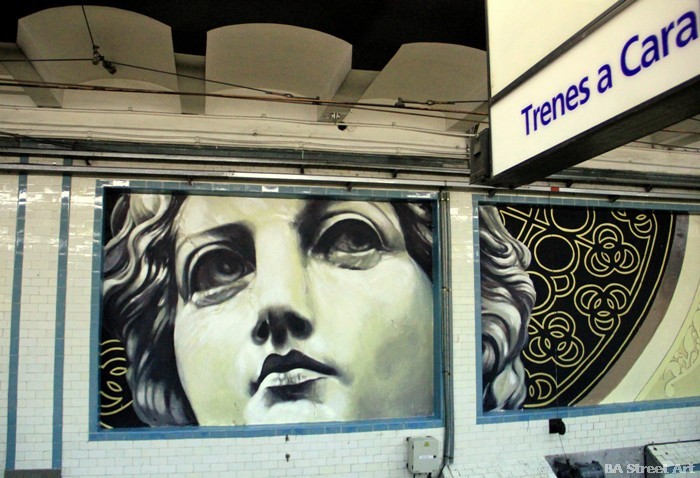 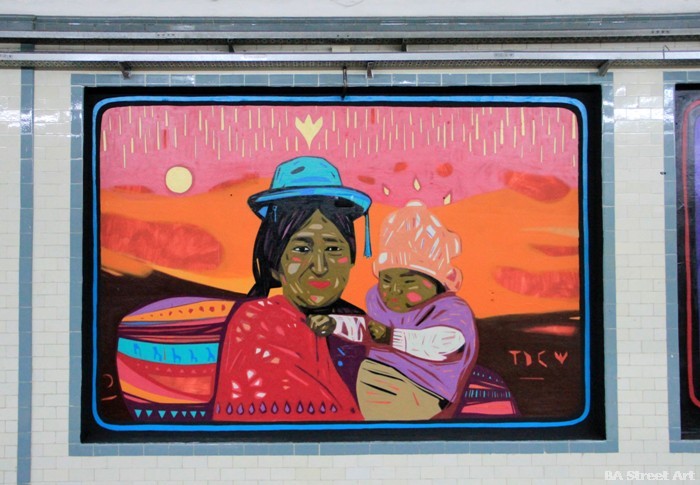 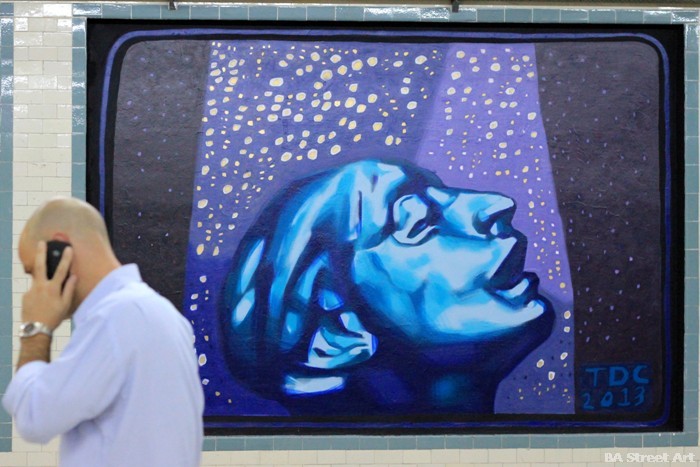 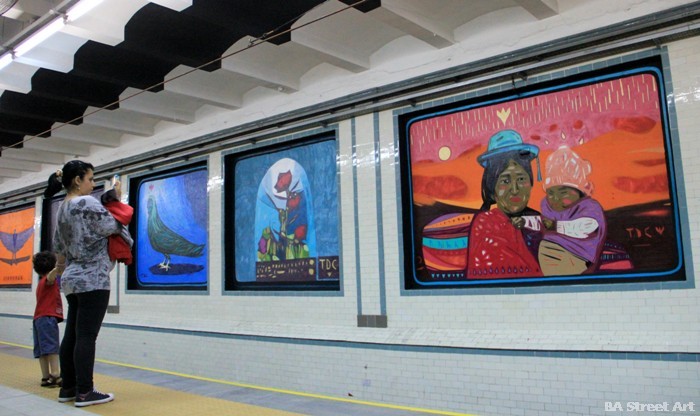 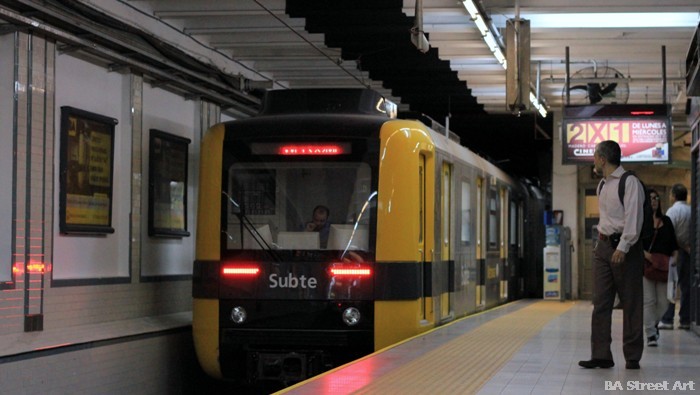 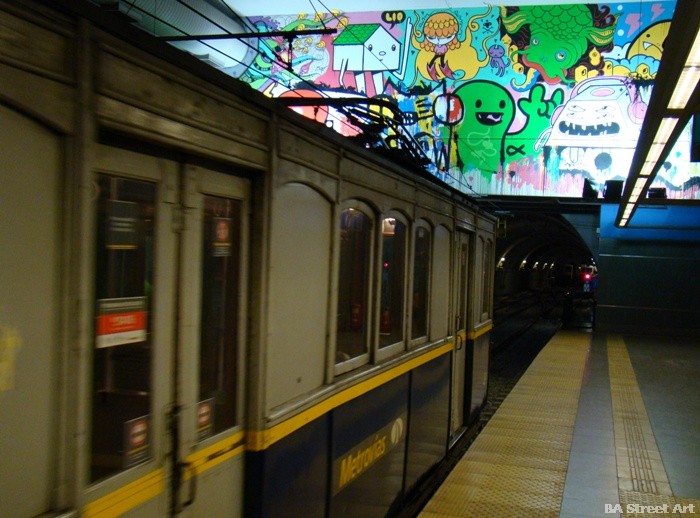