The stunning mural of Carlos Tevéz in Fuerte Apache towers over a tiny football pitch where youngsters aspire to become the World Cup stars of the future. The homage to one of Argentina’s most famous and popular footballers has “immortalized Tevéz” according to Martin Ron, one of the artists who painted the giant portrait together with Lean Frizzera and Emy Mariani. Buenos Aires Street Art was granted special access to take photographs inside Fuerte Apache, regarded as one of the most dangerous places in the world and spoke with Martin about the project. 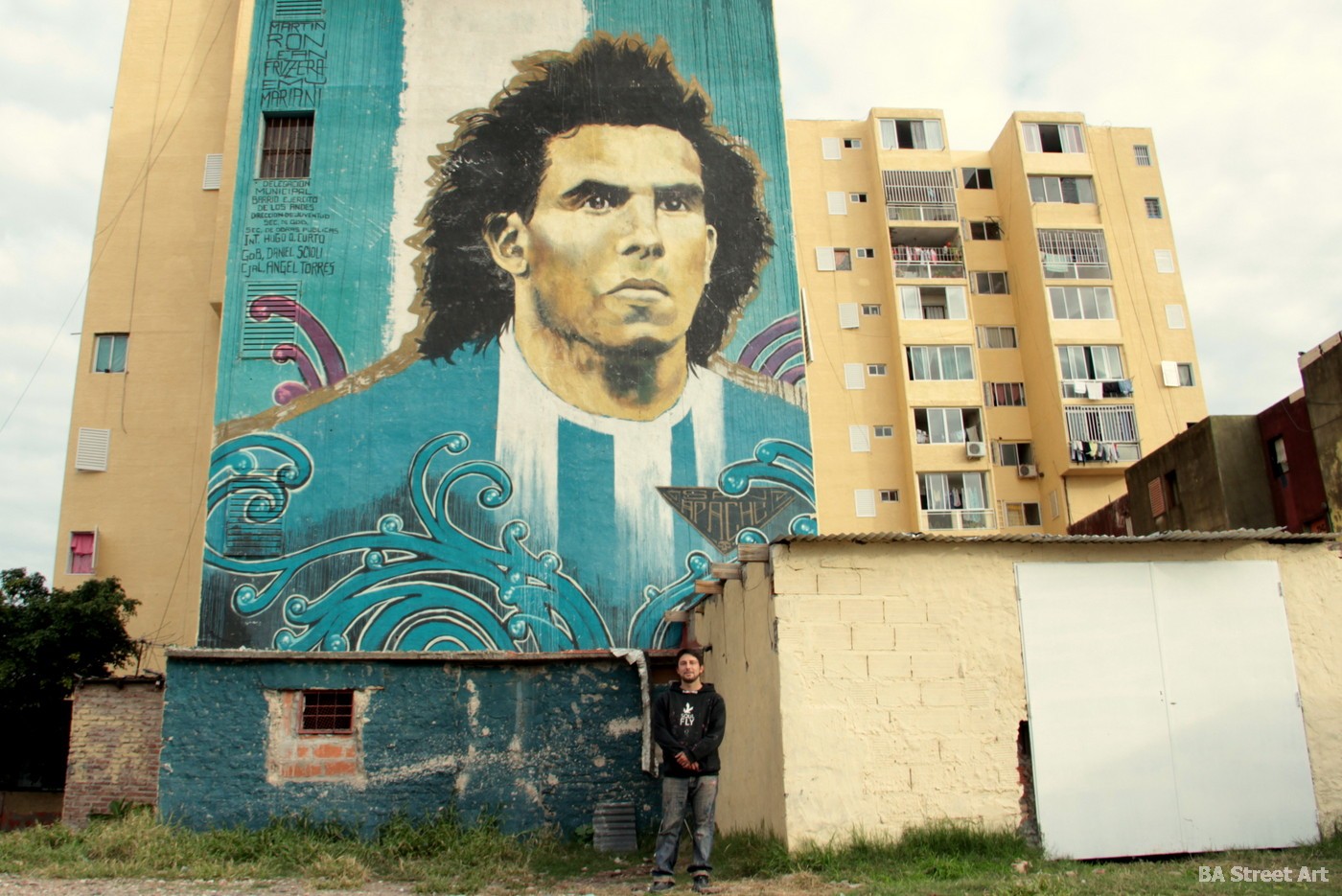 Fuerte Apache is located in the district of Ciudadela in the Province of Buenos Aires and is characterized by its tall, imposing monoblock flats. The neighbourhood’s real name is Ejercito de los Andes but following a shoot-out there during a live tv news broadcast, the housing estate was dubbed Fuerte Apache after the cop-killing 1981 movie ‘Fort Apache. The Bronx‘ starring Paul Newman. The mural itself was painted during the 2010 World Cup just after Argentina had just been knocked out under the guidance of unfancied coach Diego Maradona but his team had cruised through the group stage with Tevéz one of the star performers. And Martin explained how the idea to paint ‘Carlitos’ came about. “It was the time of the World Cup and Tevéz had scored a few goals and become ‘the people’s player’ and it seemed a good opportunity and an appropriate time to get hold of a crane and all the materials and paint a mural of him.” 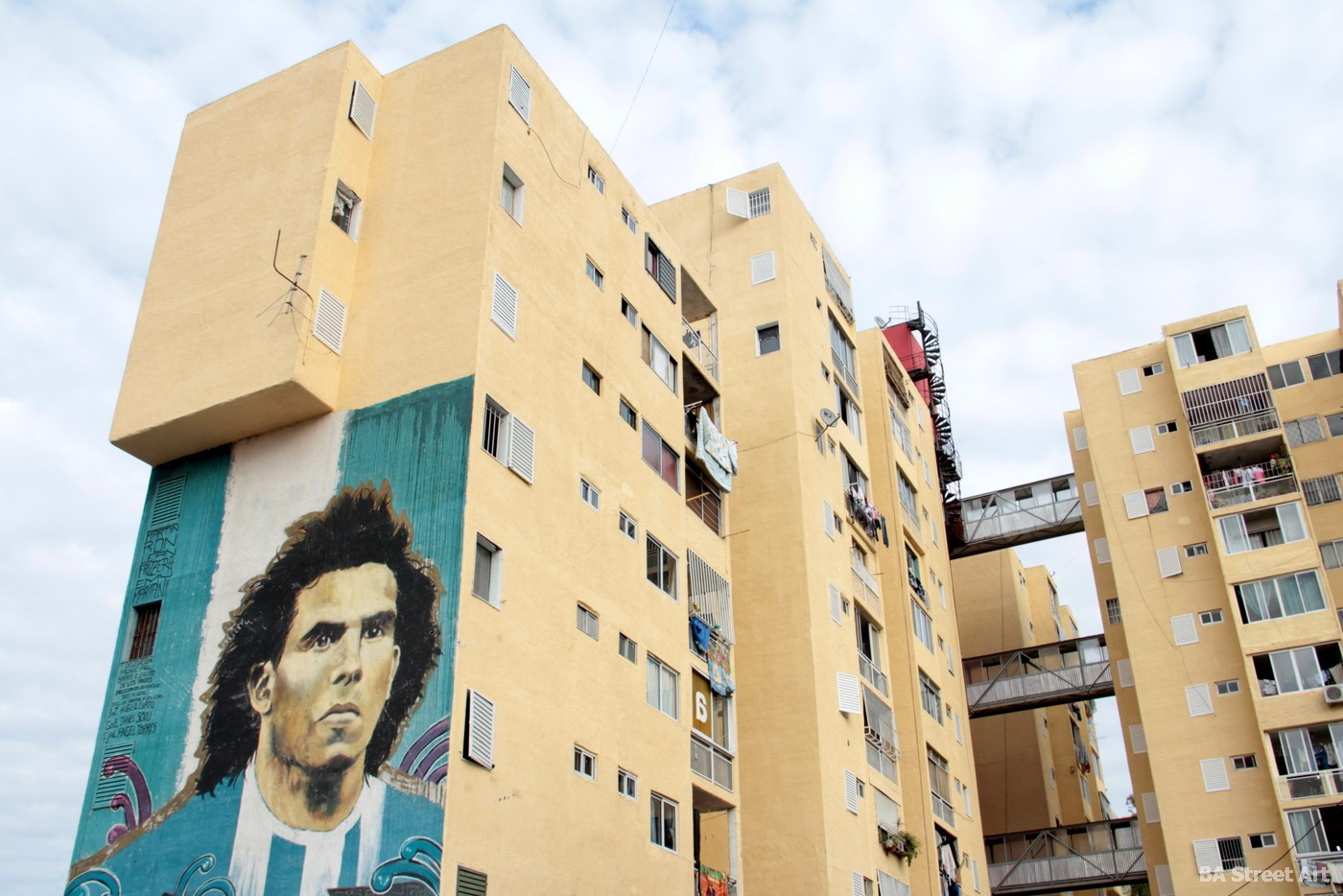 The project, organised in conjunction with the district council took Martin, Lean and Emy three days to complete with Martin drawing the outlines on the first day and the trio spending all weekend painting. At first the reaction from the residents in Fuerte Apache to the new mural was indifferent. “On the first day residents were saying this **** doesn’t deserve a mural, he has left his neighbourhood,'” revealed Martin. “Then on the second day as the mural started to take shape, everybody was friends with one another, and the neighbours came out with their flags and were drinking beer. They assembled the murga (a small street carnival with music) and were banging the drums and everyone was having a good time.” 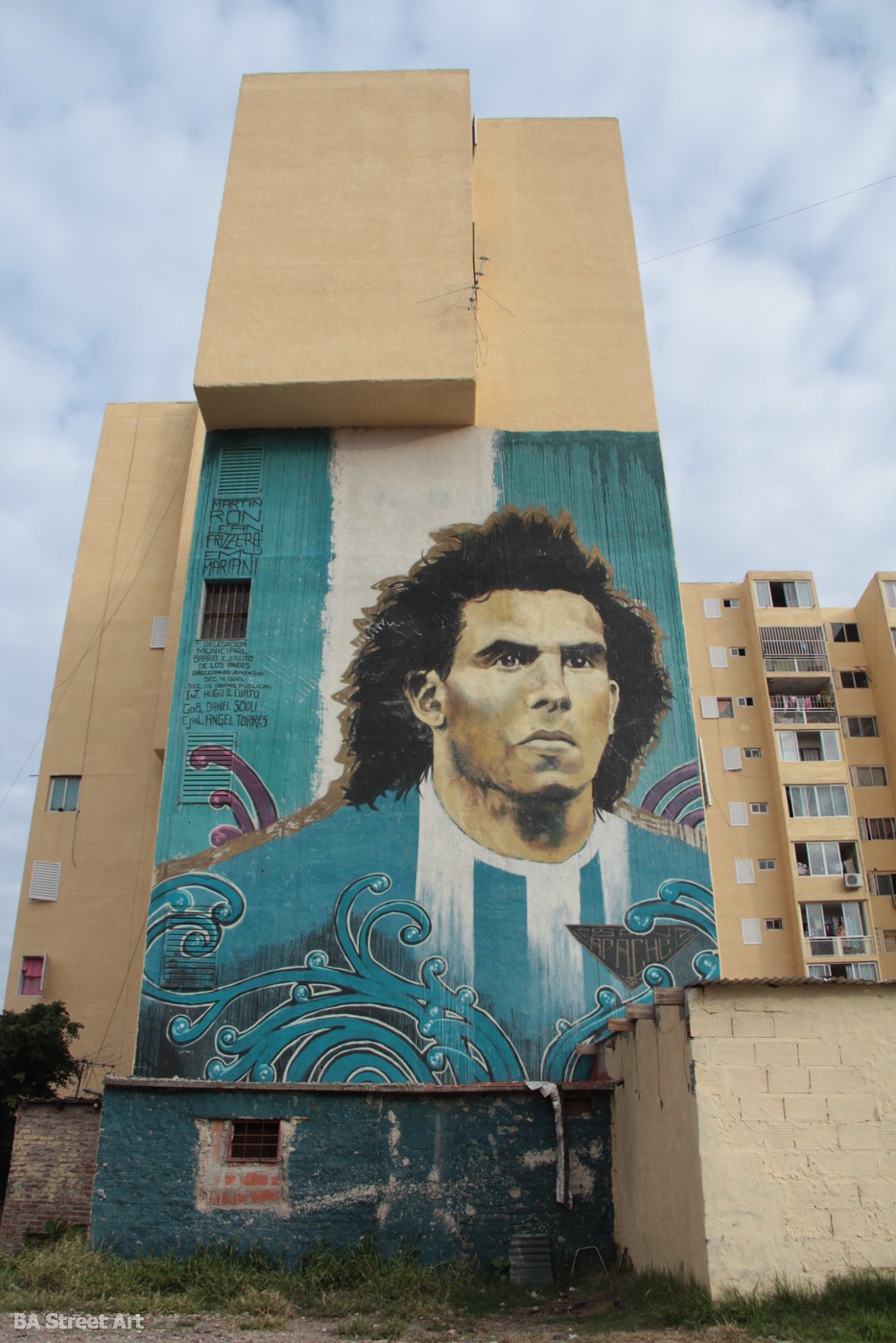 “With a mural like this, there is nothing better than paying tribute to someone doing what they are famous for, so it’s a homage to a footballer but also it’s about a guy who the people in Fuerte Apache had seen grow up everyday as a youngster with the characteristics that he had. Forget about the football shirt for a moment and think about Tevéz as a hero as if he is being immortalized as an epic figure. And you can see how large we painted Tevéz on the building as you can see him from afar, and the kids get together nearby in the little square playing football and this is what caught my attention most. Many of the older people still say:  ‘This **** has left the neighbourhood’ but the young kids idolize him. And in this small square where they play football, seeing the figure of Tevéz is a motivation for them, he’s an icon and is the personal standard they set themselves. For this reason we didn’t want an image of  Tevéz with a ball, or scoring a goal wearing the Argentina football shirt. Where the kids are playing football, we wanted a giant figure like a backdrop so whenever they kick the ball, he is there.” From afar – Tevéz and one of the entrances to Fuerte Apache

Ironically, the poor housing development of Ejercito de los Andes only came about due to football. It was built ahead of the 1978 World Cup in Argentina when the military junta wanted to hide the impoverished areas in central Buenos Aires from the eyes of the world. To do this, they relocated thousands of people from their homes  and slums in the city centre to this once new 13-building high-rise development in the county of Tres de Febrero. Drugs, guns, rape, prostitution and crime are all a way of life. 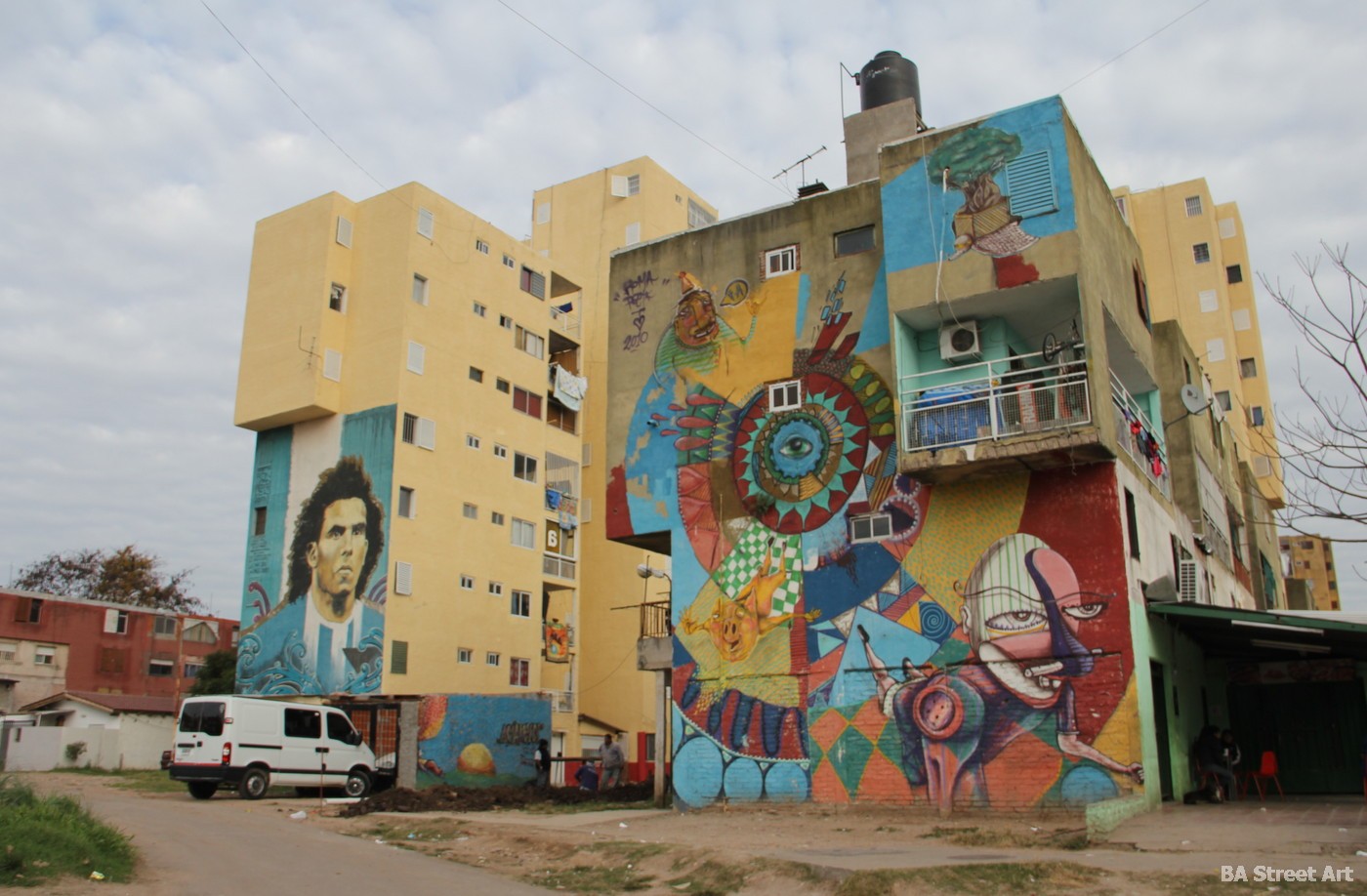 “Football is the way out”.

“In this ‘barrio’ and all the marginal neighbourhoods, it is everyone’s dream to be like Tevéz, football is the way out,” explained Martin. “From the age of one or two, these kids are kicking a can. There’s not a single kid who isn’t kicking a football all day to get the chance for a trial at a (professional) club. Football or sport is the road that is almost compulsory for these kids, with their parents betting on a brighter future so that their children aren’t stuck in crime or hard drugs. In communities like these, this is the reason why football is so important.” END_OF_DOCUMENT_TOKEN_TO_BE_REPLACED

Amor captures 'soul of the tree' in new mural

Amor has just finished painting a family house in Palermo. The design was inspired by a huge tree in front... 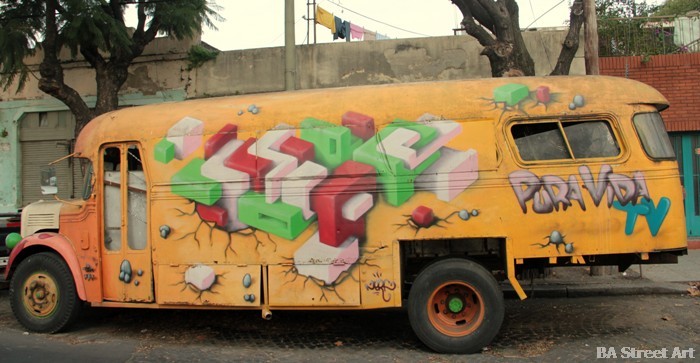 END_OF_DOCUMENT_TOKEN_TO_BE_REPLACED

Bus painted by Nerf with his amazing graffiti cubes

Nerf painted this school bus with his brilliant 3-D shapes for a project with Pura Vida TV a couple of...