Omar Gasparini has been working on a recreation of his famous mural that has stood at the entrance of La Boca for more than a decade and become an historic symbol of the neighbourhood. 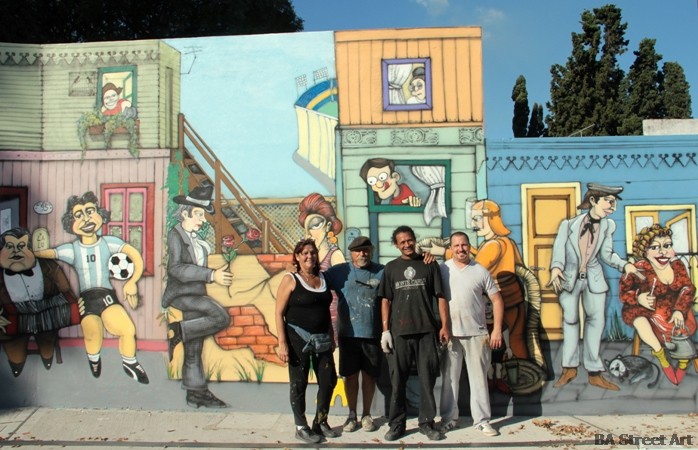 Omar’s original artwork was completed in June 1999 with materials recovered from two ‘conventillos’ (slum dwellings used by immigrant families) that were once located at Palos 460 in La Boca. It has just been demolished to make way for the widening of Avenue Paseo Colón.

Historic: parts of a conventillo

The original intervention (above and below) contained doors, windows and corrugated iron salvaged from the conventillo and also incorporates paintings and sculptures of characters who live in Buenos Aires’ most colourful neighbourhood.

The first design contained a sign saying ‘Welcome to La Boca’ (Bienvenidos a La Boca) as well as number of caricatures of Argentine national heroes such as Maradona and Carlos Gardel and characters you can find in ‘the barrio’ such as the doctor, the baker, and firemen. The new design that Omar and his team have been working on is now located a few metres back from the main road not far from where the previous mural stood and they hope to finish it later this week. 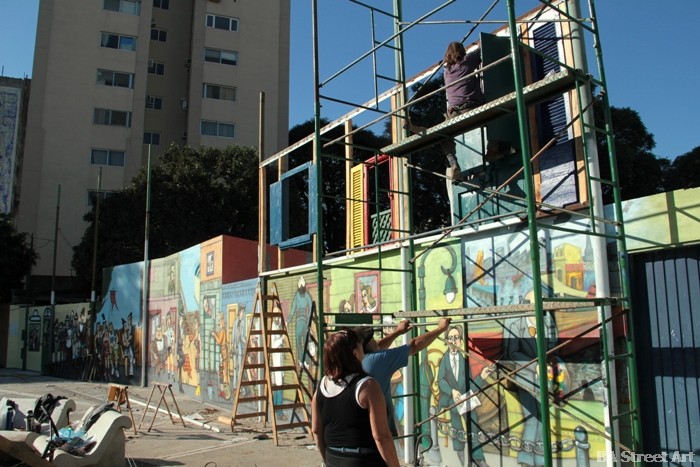 Men at work: the new mural

Omar told BA Street Art a little bit about the project. “The windows and the parts of the original building are the same,” said Omar. “They are from old conventillos that were knocked down. We have all the characters (figurines) in our workshop and Gardel also will be the same. We are restoring them all and everything will be like before.”

Rooms with a view: Figures in the original intervention

Omar added: “It is a problem of identity that we are addressing so we don’t lose this part of our history, the life in the conventillos, the old times, the tango singers and it is also an important entrance to  La Boca that welcomes tourists to the neighbourhood.” 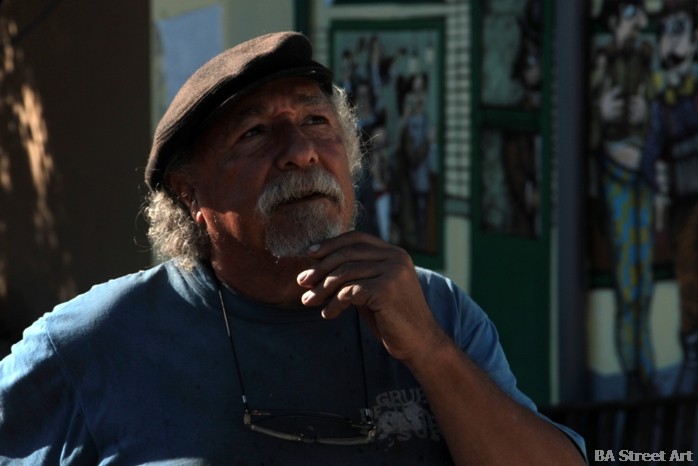 “At first I didn’t like the idea but seeing it (the artwork) now from a distance, it had deteriorated considerably. After we have made it again, I think it will look nice and there will be more space to look at it.”

Gasparini is one of the best know plastic artists in Buenos Aires and his interventions and murals can be found all over the city. 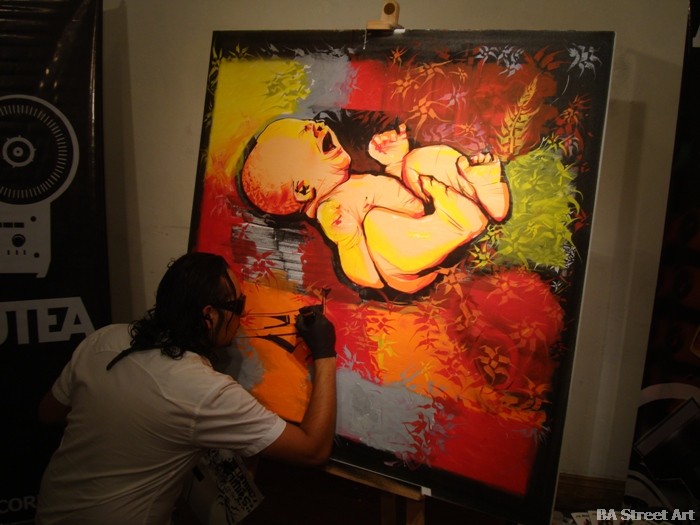 END_OF_DOCUMENT_TOKEN_TO_BE_REPLACED

Dame was painting at Centro Cultural Matienzo in Belgrano on Saturday night and completed a cool new design using marker... 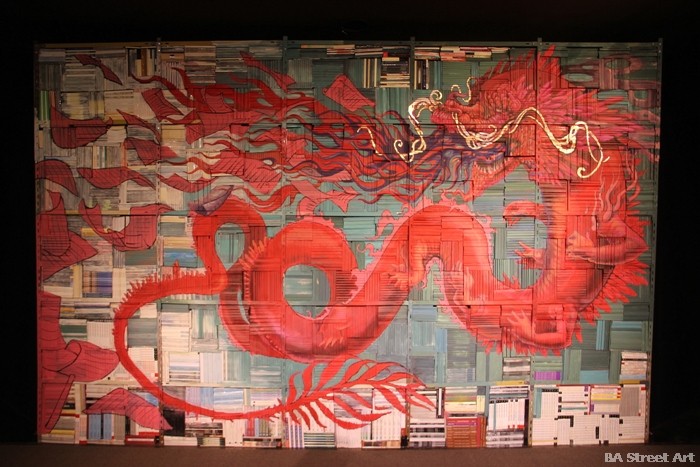 END_OF_DOCUMENT_TOKEN_TO_BE_REPLACED

Georgina Ciotti unveiled her spectacular new mural at Teatro San Martin last night. The artwork has been painted on the...