Amor has painted his designs in New York, Paris, London, Berlin, Sweden, Poland, the Czech Republic, Brazil, Uruguay and all over Argentina. His name in Spanish and Latin of course means love, and like the lyrics to the famous track ‘Message of Love’ by The Pretenders, his message is a simple one. 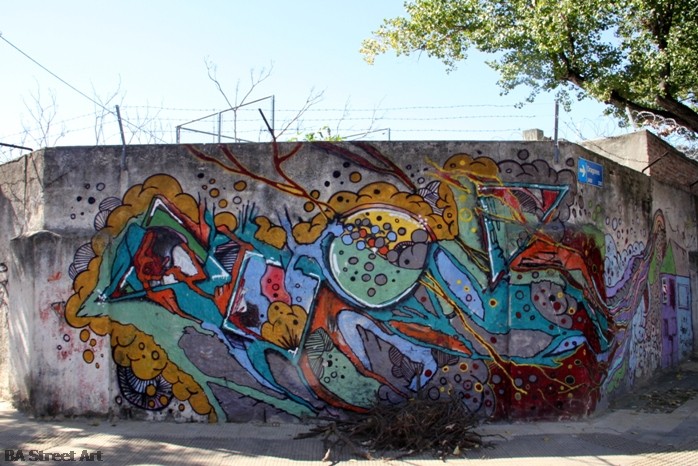 “My tag is Amor so the message is love,” says the Argentine street artist. “I want to give a positive message to the world. For me, this word gives a kind of energy that no other word can give. This is the most powerful feeling in the universe. Without it, everything would fall down.” 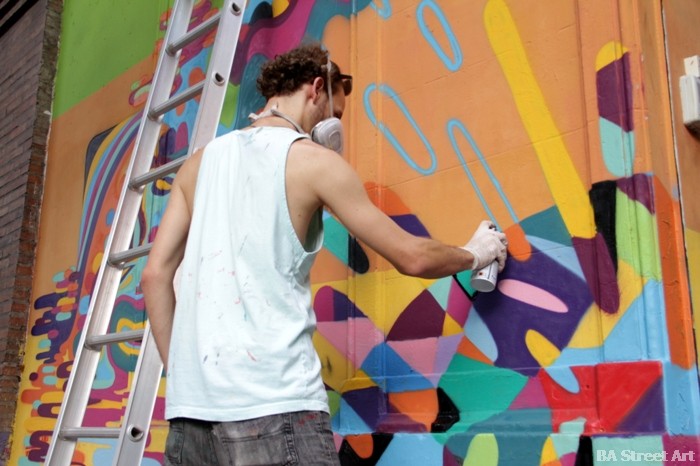 Amor: “At first I thought painting graffiti was something criminal”.

Amor started painting in the street in 2004 and it was something that he was apprehensive about doing at the beginning. “I was painting mostly tags and bombs,” says Amor. “At first I thought painting graffiti was something criminal but I soon realised that it is not quite like that in Argentina,” says Amor. “Now I paint in a more relaxed way than before and I know where, when and how to paint.” 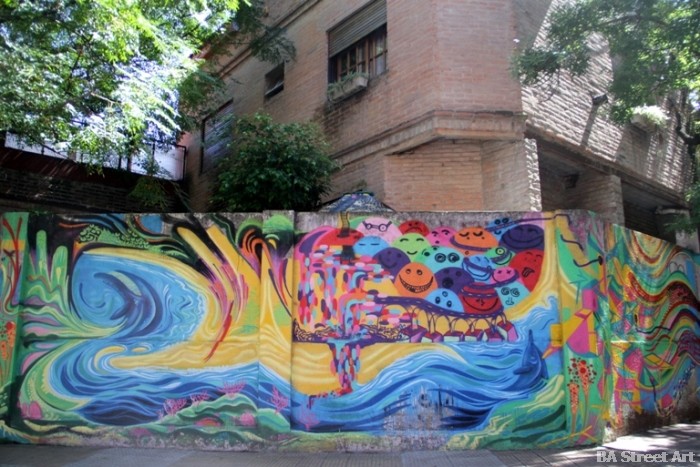 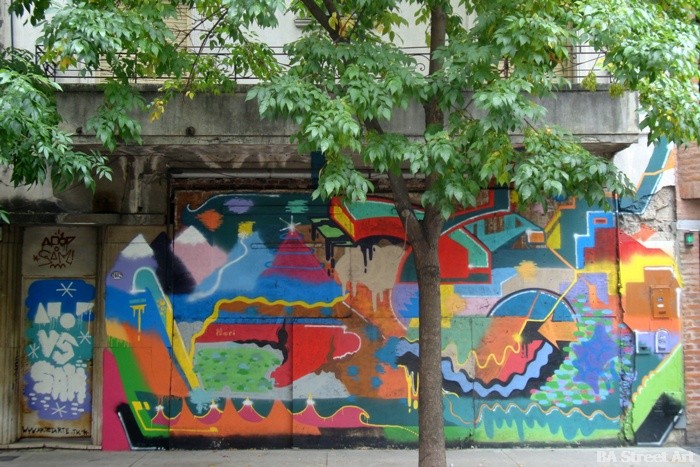 “The first time I painted a tag in the street, my name was ‘Dr K’, then ‘Sat’, and then ‘J’, revealed Amor. “For me these were just tags. I like the combination of letters and how it sounds but it didn’t have any transcendental meaning. Later,  I realised that the street is the best place to say something to society because in the street we experience reality. That’s why I  changed my name to Amor.” 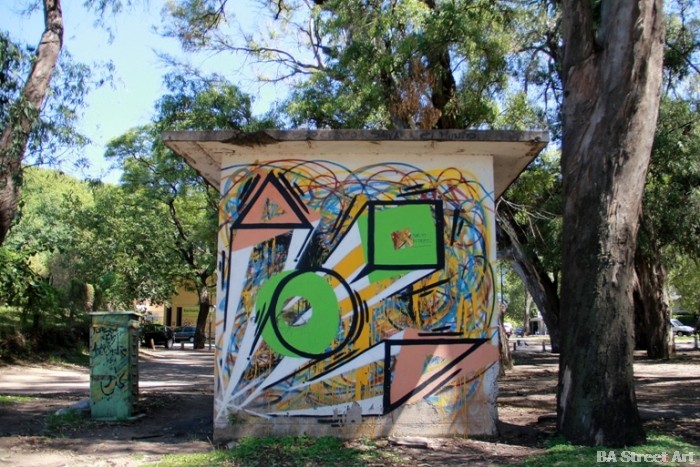 Amor studied Speech Communication for two years and Fine Art for two years. He didn’t finish his studies but he was painting all the time. And looking at the form of shapes and letters had a profound effect on his street art and the creation of his tag using two triangles, a square and a circle in blue, red, yellow and green. “Squares and straight lines are more ‘pregnant’ to the eyes, they are more direct,” says Amor. “An ‘A’ can fit in a triangle, a ‘M’ can fit in a square, an ‘O’ can fit in a circle and a ‘R’ can fit in this other type of triangle. My tag is just letters but in a very simple way.” 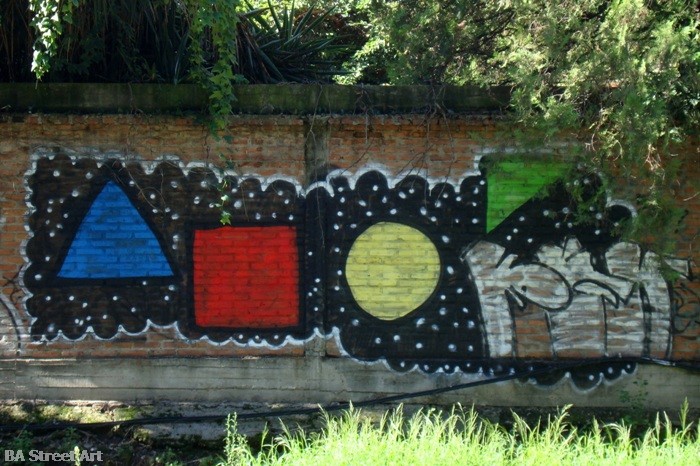 “Inspired by the Bauhaus, I started to use this geometrical tag. And one day I realised that I was using primary colours and basic forms to represent something primary and basic in life – love.”

Amor has painted with artists from many different countries including Sham Sham (France), Rudi (Spain), Jade (Peru) and Narcelio Grud (Brazil). In Buenos Aires, Amor has made collaborations with the likes of Corona, Mart, Poeta, Roma, Sam and Salsa. 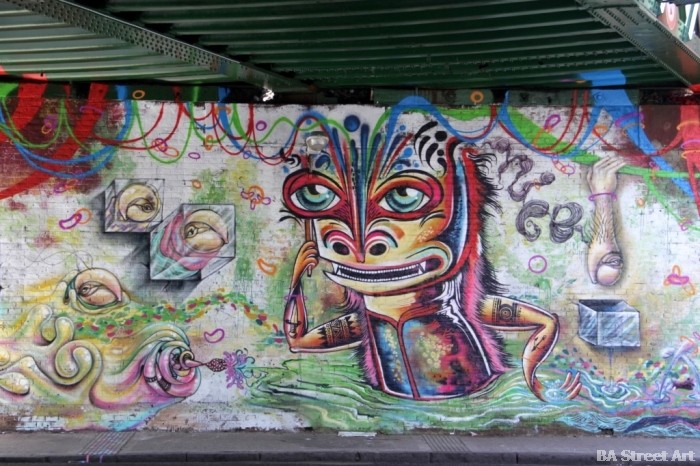 As well as painting with his crew CCC, Amor works a lot with his close friend Nice from Colombia in a two-man crew they call Luz Liquida (Liquid Light). “We are really good friends and I really like him,” says Amor. “I think our styles are similar because we use a lot of colours. Perhaps his way of painting is cleaner and mine is more messy.”

Many of Amor’s works incorporate plants growing on buildings and trees and it is a similar philosophy that he shares with Nice. “Nature is also one of the inspirations for us, then of course traditional graffiti of course,” reveals Amor. 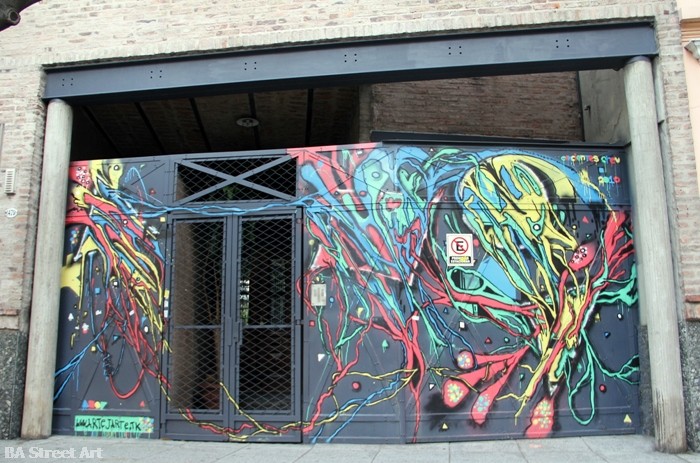 “When I get the chance to paint, I always try to look first at the wall to see what the wall is telling me. Even without a painting, a wall can have a lot of life and I look at what the wall wants from me to generate a balance between the wall, the context and the painting.” 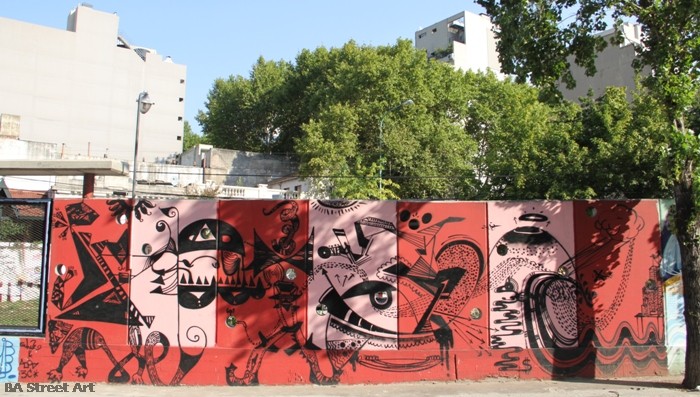 Attention to detail and the texture of the surfaces he is painting is particularly important to Amor. “I try to create a painting according to the elements the wall is offering me, using them in a very conscious way,” he says. “A plant, a hole, a cable or a door are elements that guide me in the process of painting.” 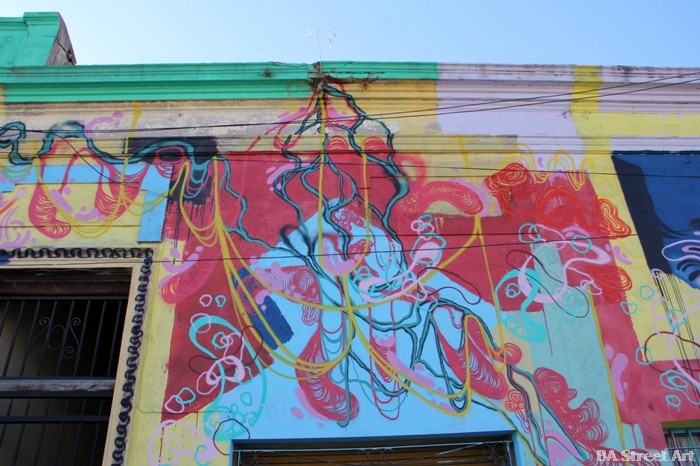 Roots and vines in Villa Ballester (2011)

“I am interested in how plants give peaceful energy to human beings. We eat plants, we grow plants and plants heal us. Nature is powerful but in modern society nature is missing. Sometimes, I paint plants to make this hard concrete space a better place to live in.” 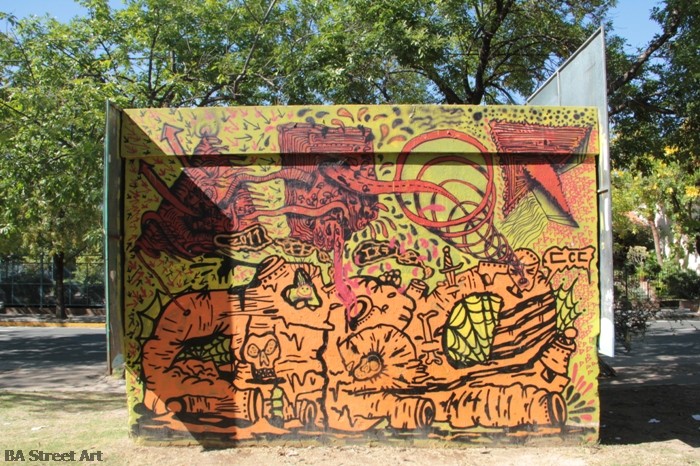 Natural environment with Creo in Belgrano (2011)

Check out more of Amor’s artworks at flavors.me/delajota

2 replies on “Message of love – interview with Amor”