This new stencil mocking Facebook has just appeared on the wall of the electrical power plant in Colegiales. It reads: “Sé lo que haces” which in English means: “I know what you are doing”. 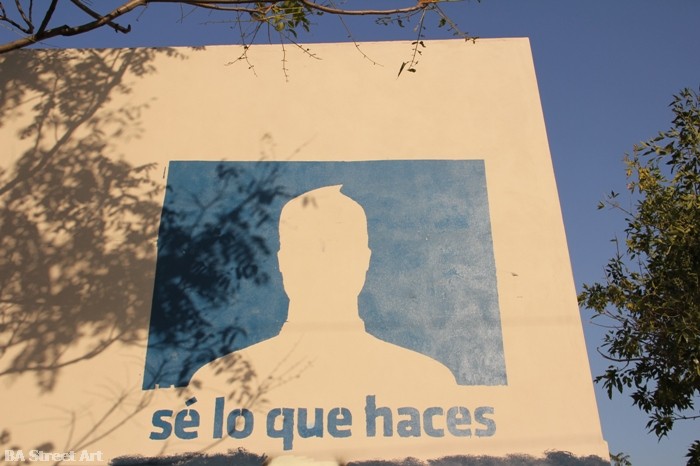 Facebook has been accused of illicit practices in the way the social networking site collects and passes on users’ personal data, allegedly selling it on to advertisers without permission. Austrian law student Max Schrems has been one of the leading campaigners against Facebook’s use of personal data.