On 30th December 2004, a fire broke out in the nightclub República Cromañón in the neighbourhood of Once,  Buenos Aires killing 194 youngsters and injuring 714 others. Around 3,000 people were attending the gig given by the rock band los Callejeros. Today is the anniversary. 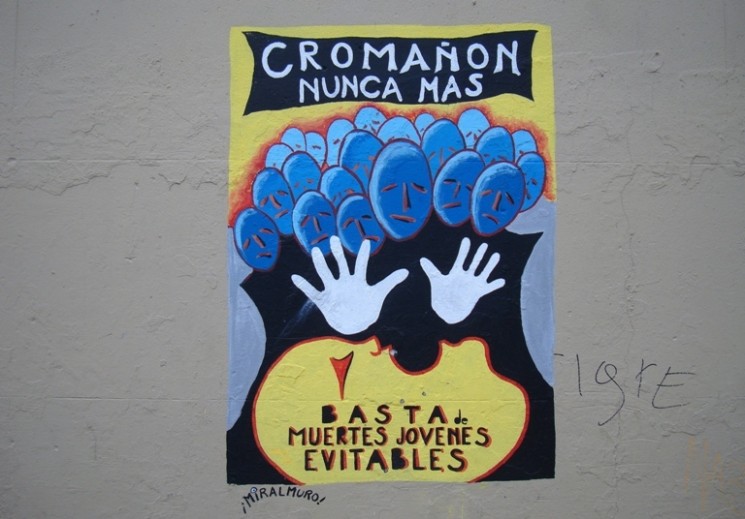 It was one of the worst tragedies in recent memory in Argentina. The blaze was started by a pyrotechnic flare (often used in New Year’s celebrations in Argentina) that was set off and ignited the combustible styrofoam ceiling and a plastic net hung from it. Four of the six doors, some of which were fire exits, were chained shut so that “people would not enter without paying”, according to ex-mayor of Buenos Aires Anibal Ibarra. Most of the victims died from inhaling poisonous gases, smoke and carbon monoxide. A corner of Plaza Miserere in Once, one block from the site of the former nightclub has become a shrine to the victims of Cromañón. There are murals and graffiti all over the Capital Federal remembering the kids who lost their lives. 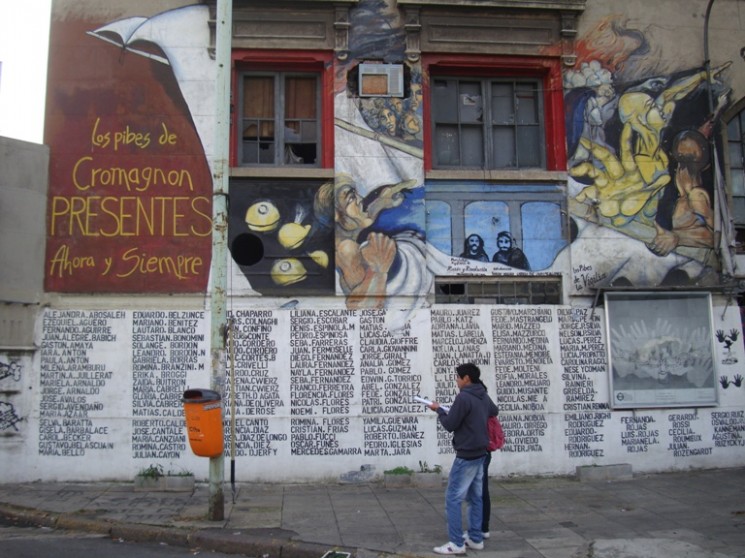 The kids of Cromañon present now and forever 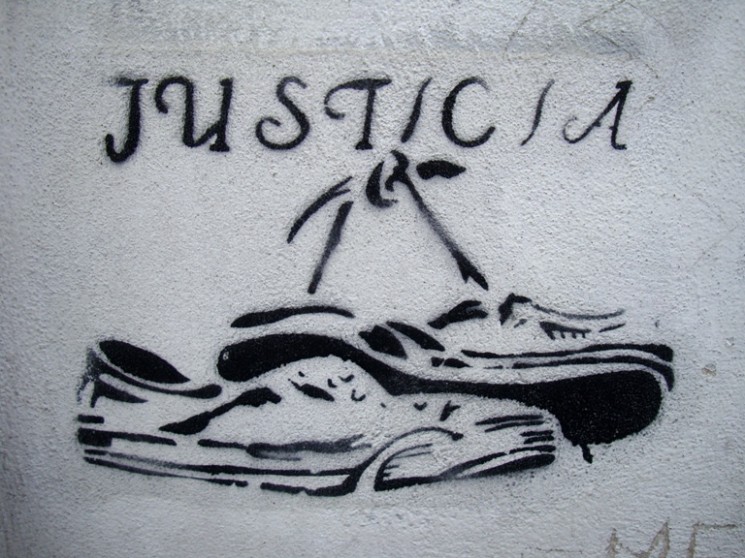 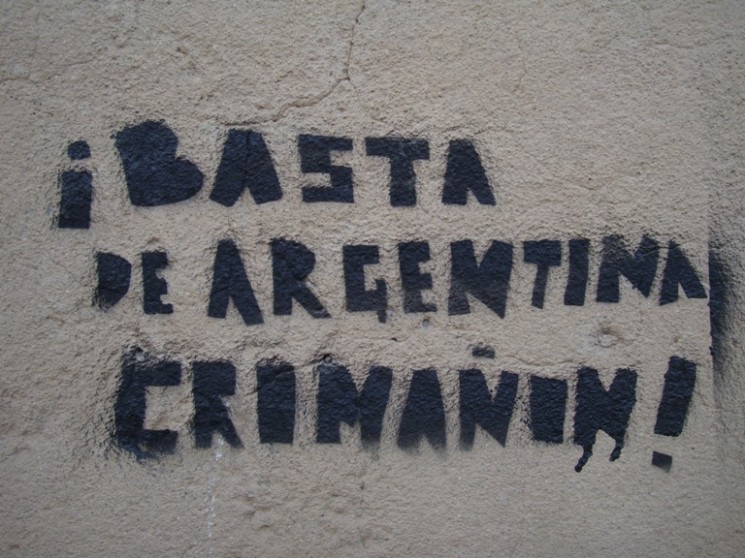 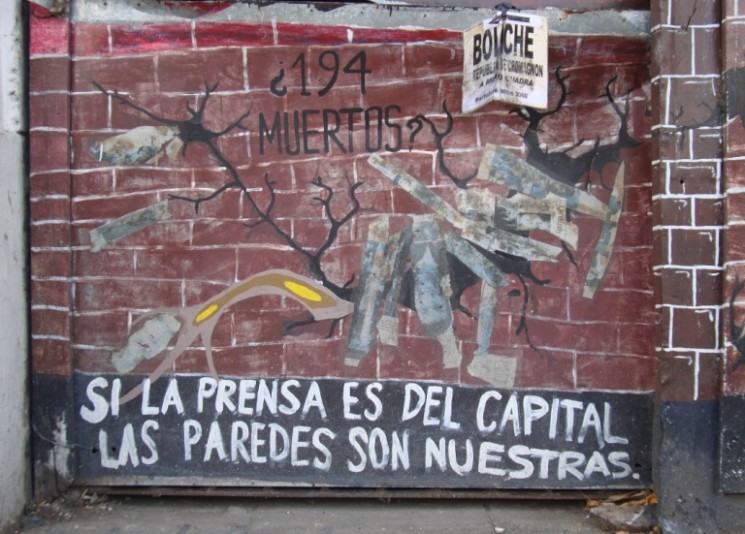 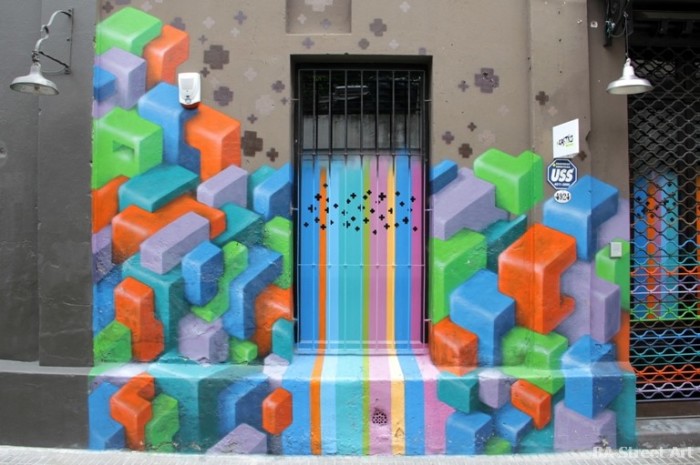 END_OF_DOCUMENT_TOKEN_TO_BE_REPLACED

Nerf has painted the front of a creative agency in Palermo with a brilliant new design. It features two waterfalls... 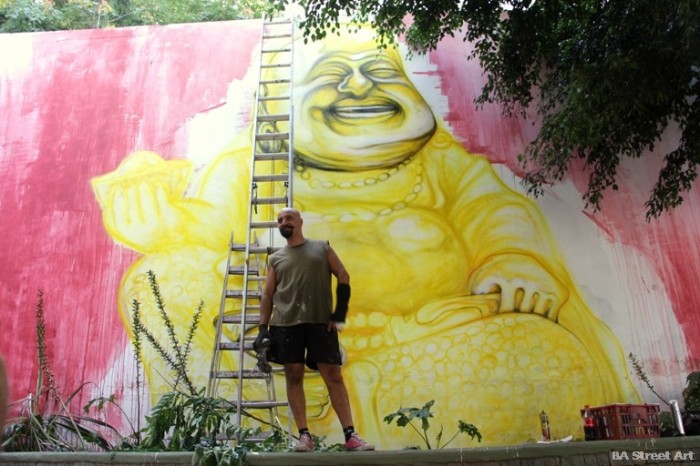 END_OF_DOCUMENT_TOKEN_TO_BE_REPLACED

Pelado was painting a new mural in Plaza del Arbol in Palermo at the weekend. It features an enormous smiling...