Rodez has painted the front of a movie store in San Telmo with a film theme and robot-style cinema projectors. 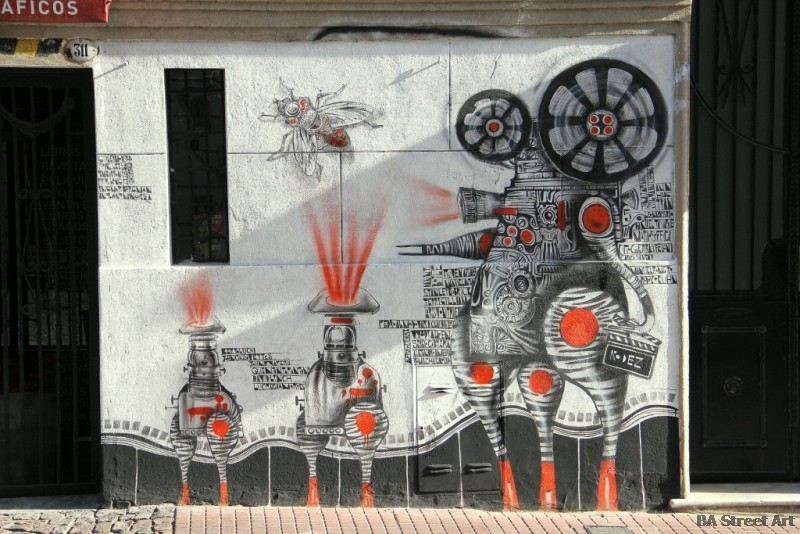 If you look closely you can see the names of famous directors such as Orson Welles, Bernardo Bertolucci, Sergio Leone, Quentin Tarantino, Stanley Kubrick. Pedro Almodovar, Terry Gilliam, Ingmar Bergman, Woody Allen, the Cohen Brothers, Spike Lee and Danny Boyle. Rodez has also include a cool clapper board with his name on it. 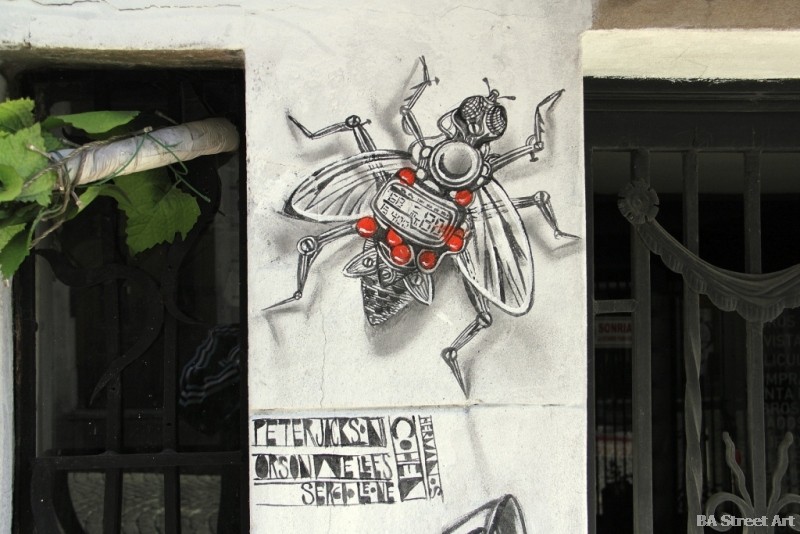