Street artists have transformed a former railway station in La Plata that now functions as a cultural centre.

The building named Estación Circunvalación in the capital of the Province of Buenos Aires operated as a regional train station connecting La Plata with Pipinas, Magdalena and Lezama until it was closed during the military dictatorship in 1979.

More than a dozen artists from the Capital Federal and from La Plata including Pelos de Plumas, Nice, Mart, Nero, MtNcR, Hoem, GMC and Sato participated in the project. 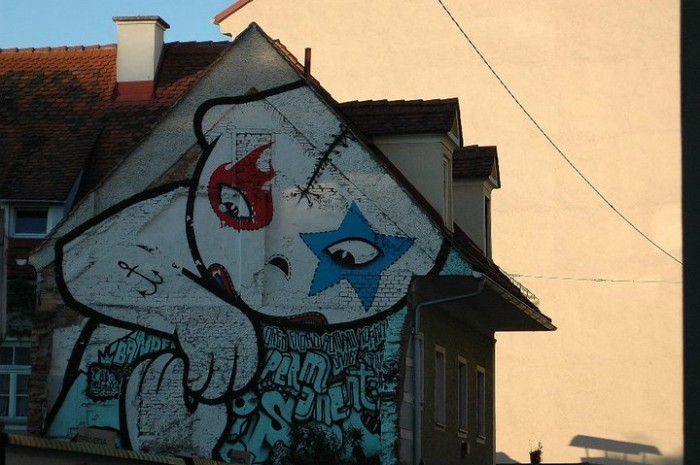 END_OF_DOCUMENT_TOKEN_TO_BE_REPLACED

Today we’re featuring some street art from Graz, Austria. Yoga John is a giant character created by Permanent Unit for...

Street artists MPC who have painted a series of giant crocodiles around Buenos Aires have been working on their latest design...