Argentine street artists Triangulo Dorado have been talking to BA Street Art about their a spectacular new mural called ‘The Passion Flower’. The design was inspired by a series of mid-19th century photographs and features a women in a relaxed pose wearing an elaborate period costume with a passion flower above her head. It took the trio two days to complete.

The three artists who make up Triangulo Dorado are Pedro and Santiago Panichelli and Francisco Ferreyra. Pedro told BA Street Art the thinking behind their latest artwork. “The image is taken from a series of really old photographs dating from 1854.”The details inside the clothing are vivid stories, they are from real life and from everyday situations. The decoration of the clothing was made with the intention to tell a story. They are images that mean a lot to us,” says Pedro.

Rich tapestry of stories and colour
Several of Triangulo Dorado’s designs draw references or influences from the art nouveau movement. He added: “It’s possible that the artwork evokes some references to painters from the past but it was an idea that we had thought about a long time ago.”
triangulo-dorado.blogspot.com 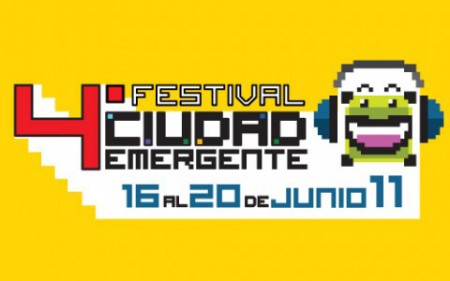 END_OF_DOCUMENT_TOKEN_TO_BE_REPLACED

Some of Argentina’s best street artists are taking part in Festival Ciudad Emergente 4 in Buenos Aires today. The annual... 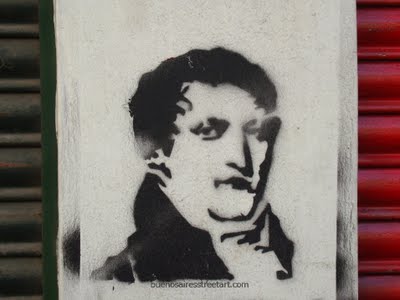 END_OF_DOCUMENT_TOKEN_TO_BE_REPLACED

Today is el Dia de la Bandera, a national holiday in Argentina, commemorating the founding of the national flag.