Art in the Streets, the first major exhibition in the U.S. about the history of graffiti and street art, opened at the Museum of Contemporary Art (MOCA) in Los Angeles this week. Artists include Banksy, Os Gemeos, Shepard Fairey, Invader, Swoon and others. Here are some of the best artworks by Banksy from the exhibition. Many thanks to B.Land for use of his fantastic photos. 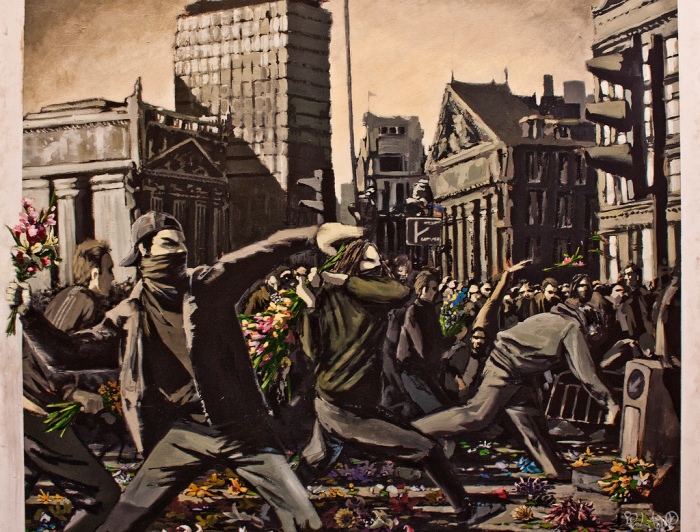 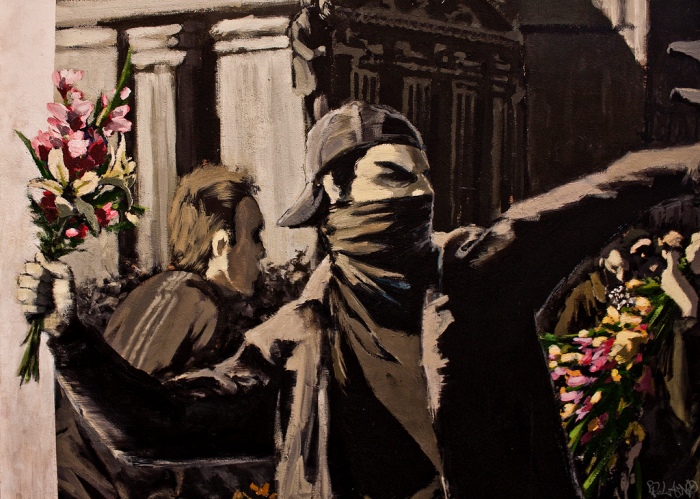 Adaption of Love is in the Air (Flower Thrower)

Another of Banksy’s installations recreates the stained glass windows of a church with what appears to be a self portrait of the artist in the guise of a monk. Banksy reportedly worked on the piece with a group of LA students, and it took them around three days to complete. 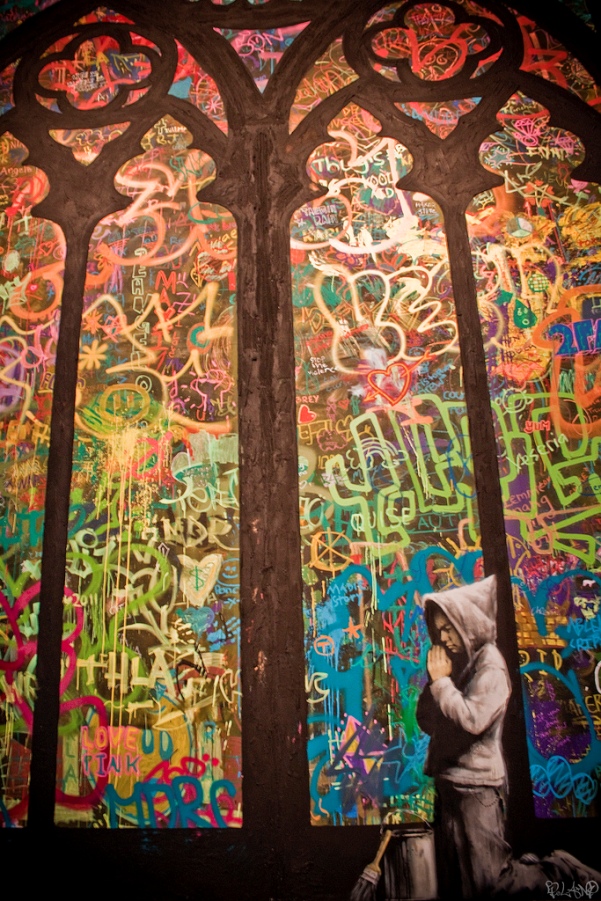 Banksy has also included a crayon machine gun, a variation on the Crayola Shooter he painted in the UCLA neighbourhood just before this year’s Oscars.

Below is a painting recalling the famous Rodney King police brutality case that occurred on 3rd March 1991. Los Angeles Police Department officers used batons to beat King as he lay on the ground while their colleagues stood by watching. Video footage was recorded by an innocent bystander. Banksy has substituted the victim for a Piñata to mark the 20th anniversary of the violent crime.

As well as some new artworks, Banksy’s installations also include many of his old stencil designs such as the monkey with the slogan: “Laugh now but one day we’ll be in charge’; “This is not a photo opportunity”; dog urinating up a wall; policeman eating a banana; “Buried treasure ‘X’ marks the spot”, and “I Hate Mondays’. 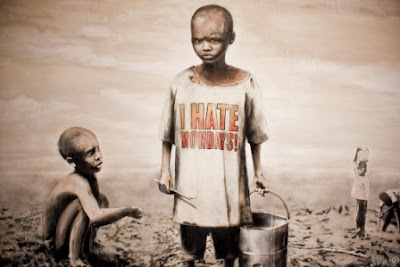 Banksy’s native Red Indian holding a sign is similar to an artwork he painted in the Mission district of San Francisco last year. The message is simple that the Red Indians were here before the White Man. 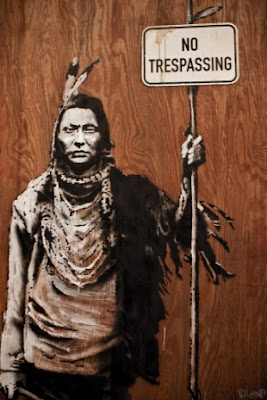 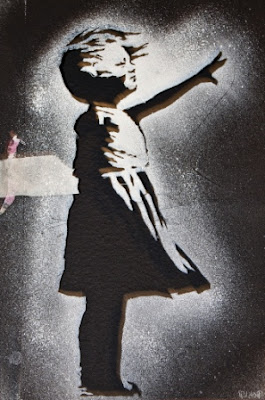 See more photos of works by Banksy from the Art in the Streets exhibition on B.Land’s flickr page

3 replies on “Banksy and Art in the Streets at MOCA”