Niño de Cobre (real name Andrés Iglesias) is from Santa Fe, Argentina and was invited to the U.S.A. in August 2018 to paint a large-scale mural in Lafayette, Indiana. At the end of this trip, NDC found time to paint this mural of Robin Williams from the movie Patch Adams. 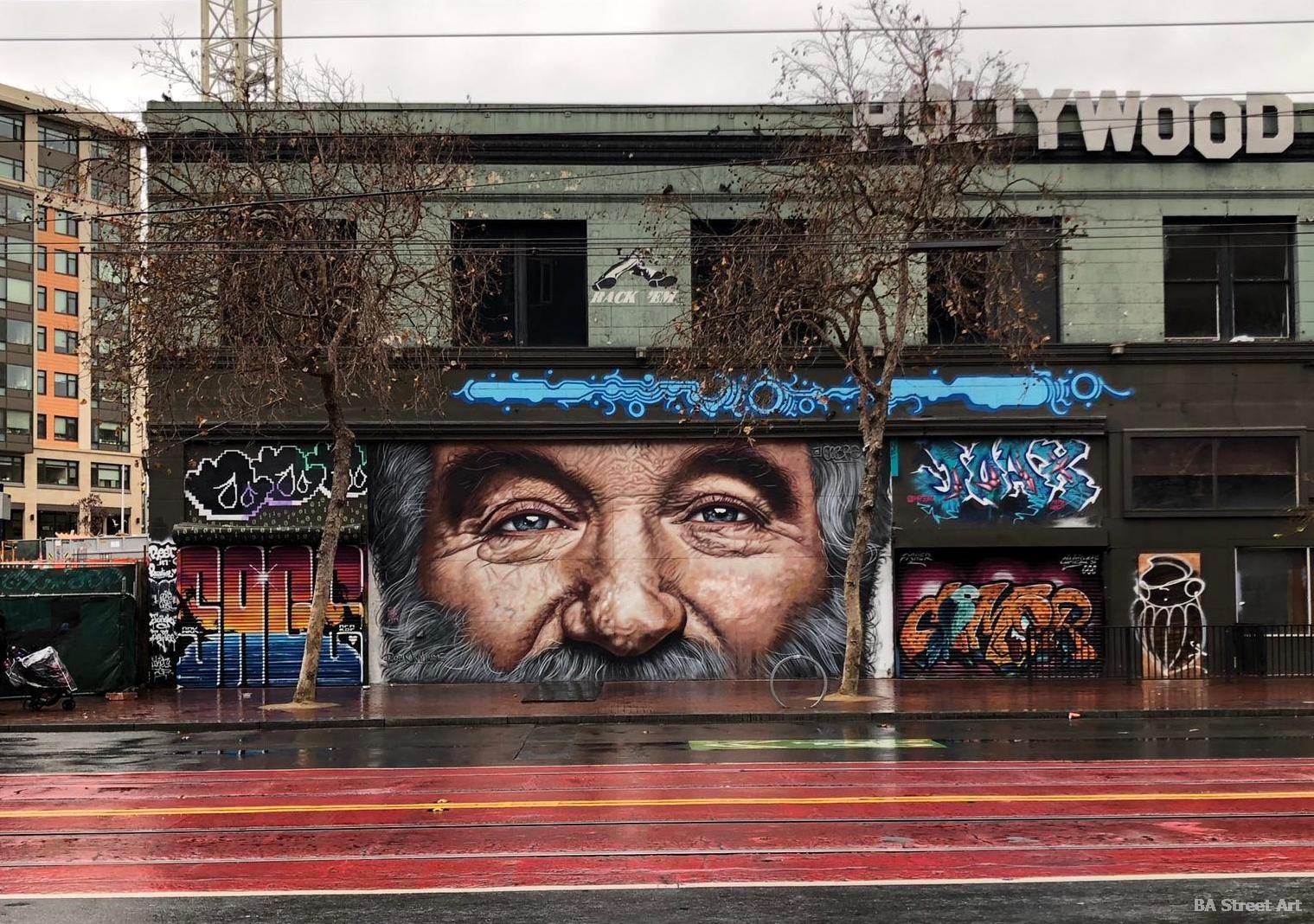 Williams, who is also famous for his roles in films such as Jumanji, Hook, Mrs Doubtfire and Good Morning Vietnam, lived in San Francisco and died in 2014 after struggling with depression. NDC told the San Francisco Examiner: “I think his eyes were particularly tricky. He is smiling, but at the same time he is sad. I spent the most time making that work.” Iglesias added: “His eyes are 99 percent of the story.” The mural by NDC can be found along Market Street between 6th and 7th streets in San Francisco.