THG crew finished painting a huge new mural at the Centro Cultural Adan in Parque Chacabuco on Saturday night that celebrates 30 years of democracy in Argentina. The design took the four artists three days to complete. 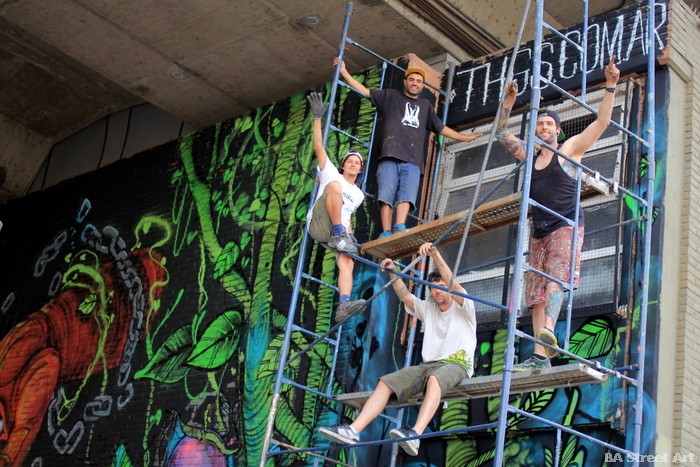 The mural is part of Democracia 30+30, a project organized by the Buenos Aires City Government to commemorate 30 years of democracy in Argentina that began after the end of the military dictatorship in 1983. 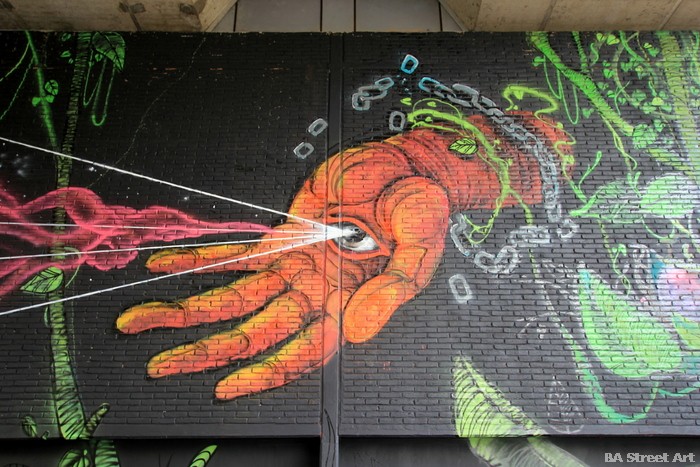 The mural features two hands that represent the work of the men, the broken chains represent the end of the repression, the freedom in every environment: water, air and earth symbolised by a condor, a surubi fish and a jaguar –traditional Argentinian animals. 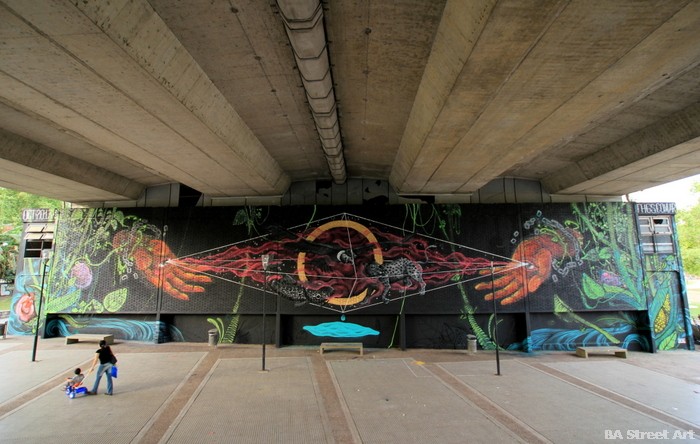 The artwork is located under motorway 25 de Mayo and is called Freedom and Consciousness. 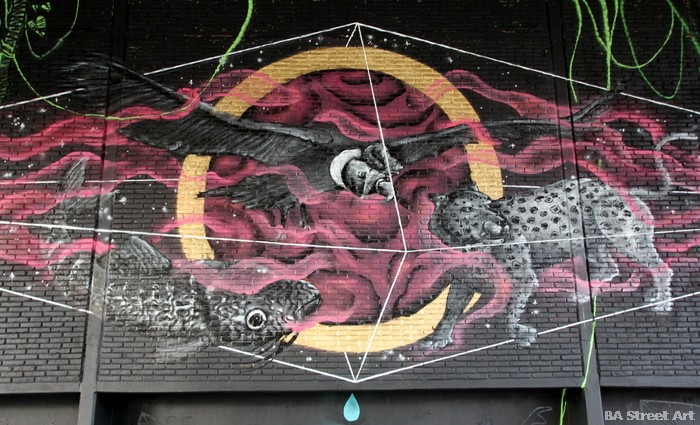 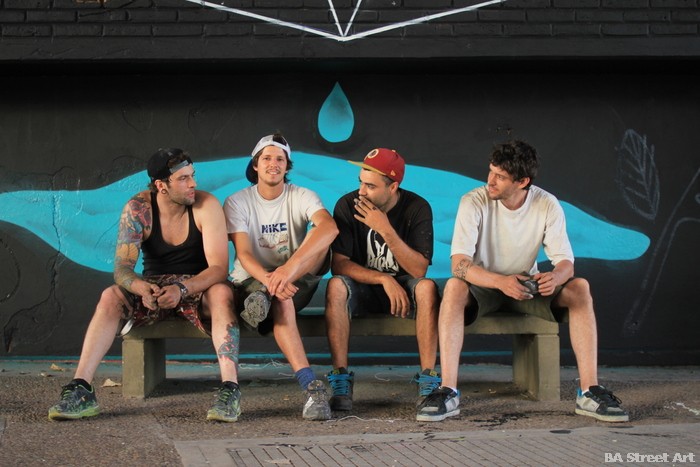