Street artists Marcos Reych, Meta, Savant, Yllo, Cof, Jakhem and Pomb completed a cool new collaboration at Chacarita railway station on Wednesday night. It features a swordsman doing battle with a man-eating plant sprouting from a magic hand. The carnivorous plant is similar to those in the sci-fi book ‘The Day of the Triffids’ by John Wyndham.

The wall was previously covered by political murals and propaganda and the new artwork that took the guys three days to complete has already brightened up the lives of hundreds of people waiting on the station platform opposite. 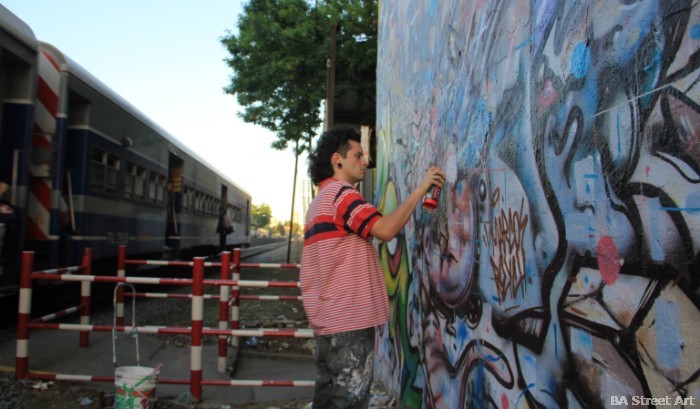 The wall is just a couple of metres from the railway line and passengers can see the artwork from the passing train. 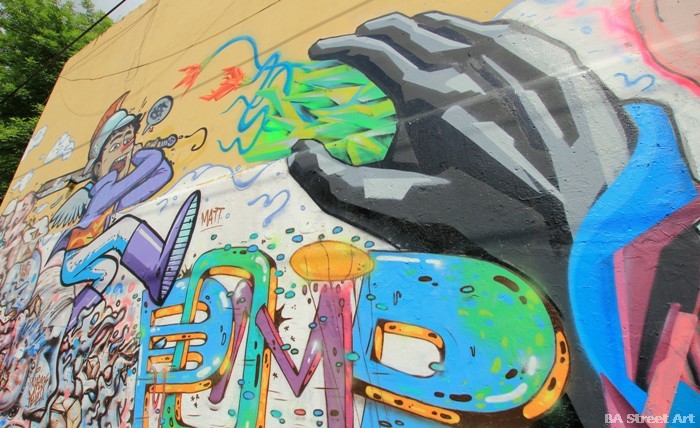 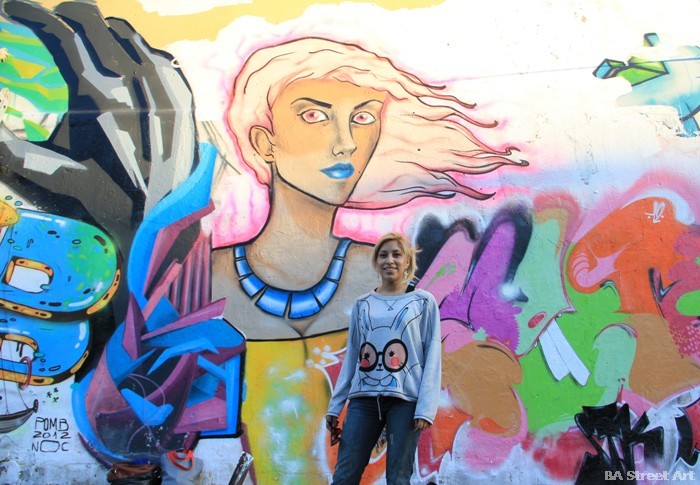 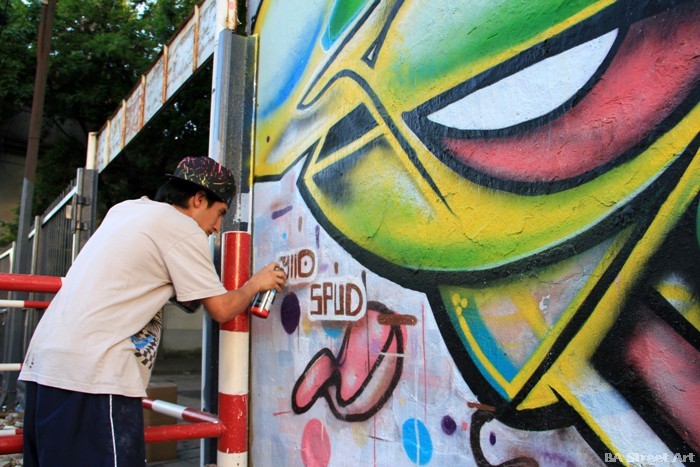 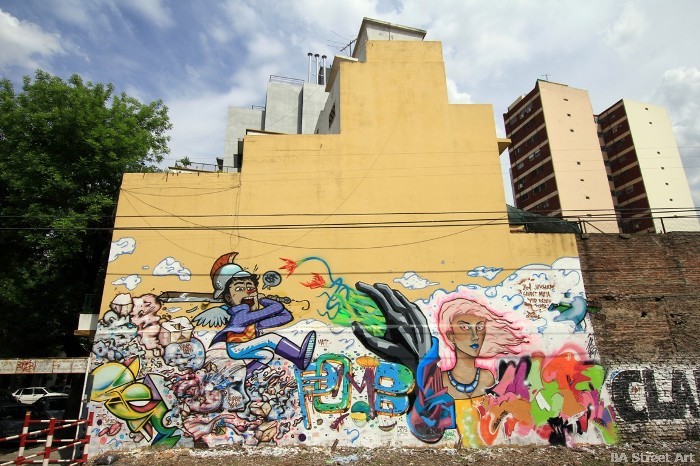 Huge wall opposite the train platform at Chacarita station 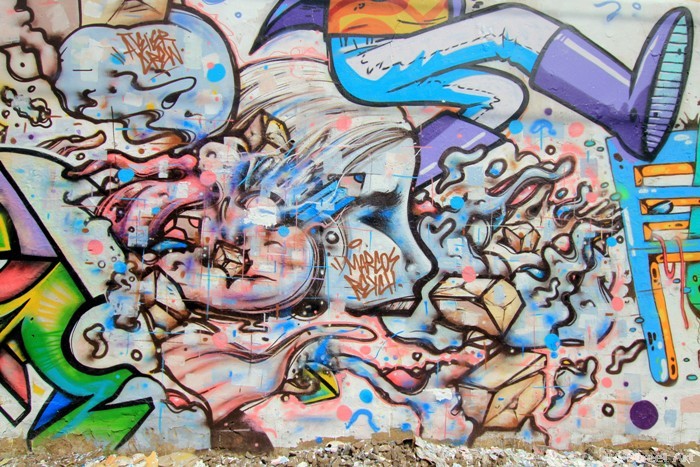 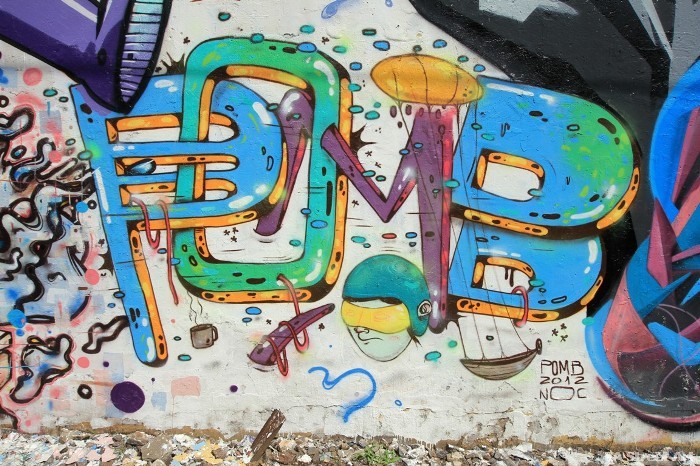 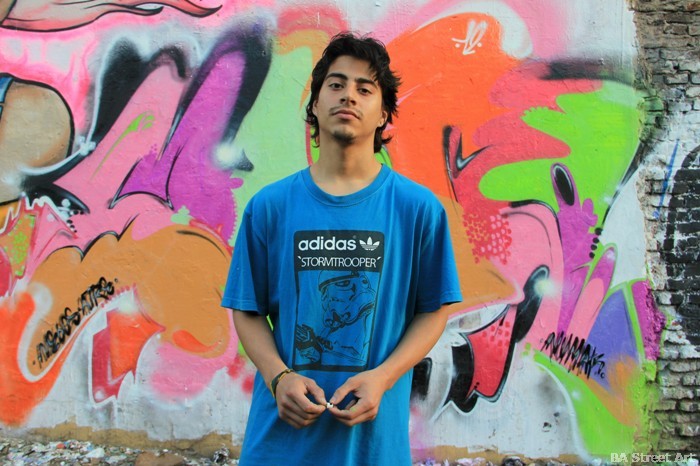 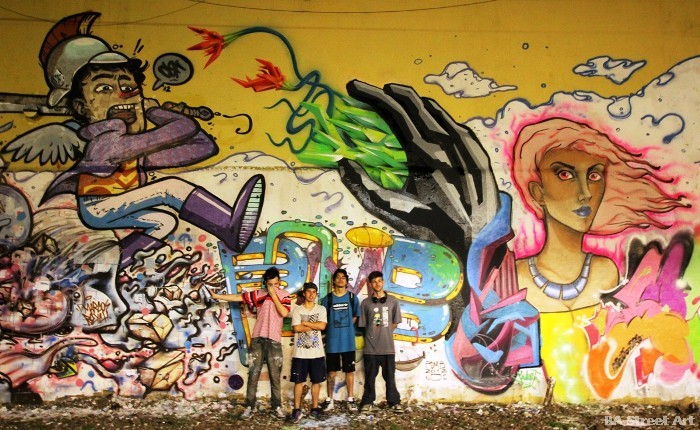 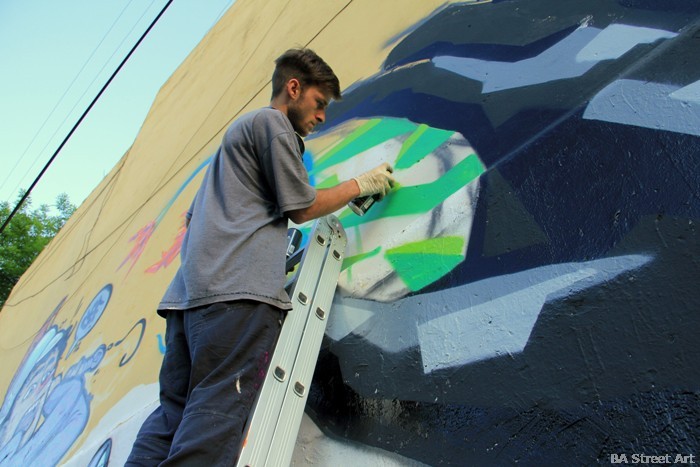 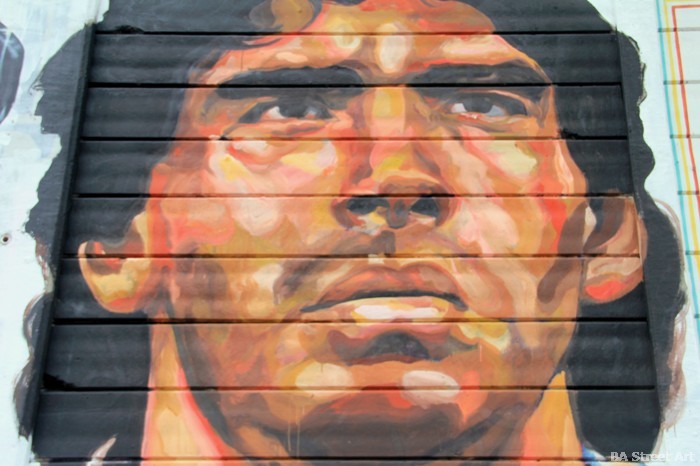 END_OF_DOCUMENT_TOKEN_TO_BE_REPLACED

El Marian has painted a new mural of Diego Maradona at the stadium of Argentinos Juniors in Buenos Aires to... 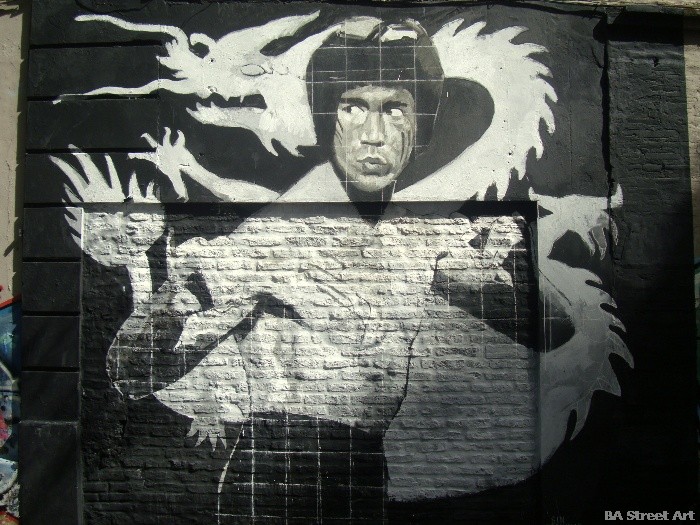 END_OF_DOCUMENT_TOKEN_TO_BE_REPLACED

A mural of Bruce Lee depicting a scene from the movie Enter the Dragon by the artist Mario Calvo has...