Street artists Primo have been forced to repaint a new mural all over again after their original design was painted over before it was finished. The duo of Sasha Reisin and Nicolás Germani spent a whole day painting the original artwork in Nuñez and despite writing a message reading ‘mural in progress’, when they returned to complete the job last week they discovered it had been ruined. 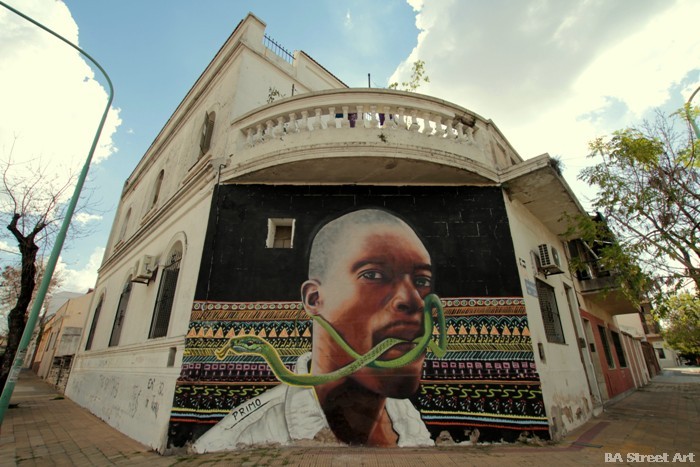 It’s not clear whether the guys who tagged over Primo’s mural had earlier designs underneath on the same wall. One of them with the tag ‘Lake’ has changed Primo’s note that read “Mural en proceso” (Mural in process), to “Mural en DESproceso,” with another slogan in orange aerosol reading “Y el respeto?” (And the respect?) Another tag ‘Zig’ has been painted over the face of the African man with the snake coming out of his mouth together with the ironic phrase : “No se tapa, se respeten,” meaning “Don’t paint over it, show some respect,” with an arrow point ing to his tag. He has also drawn a speech bubble reading: “No respiro”, (“I’m not breathing”) as if the tag is suffocating the character in the mural. 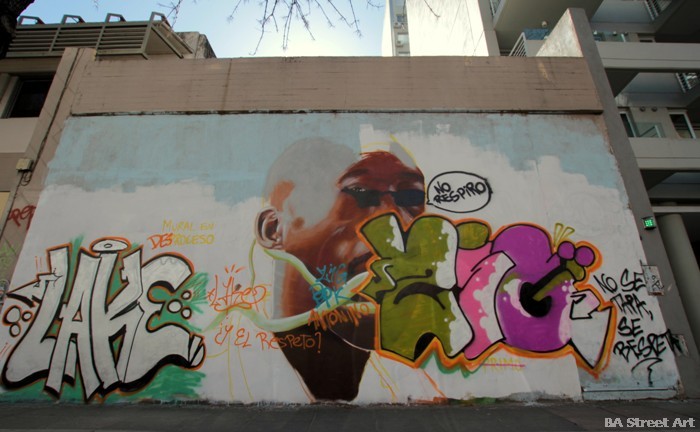 Nicolás told BA Street Art: “I feel a bit hurt but I don’t want to appear as a victim. They would have felt the same but now you can think about the respect that they talk about, how they responded, and what they wrote but I will keep my thoughts to myself.” 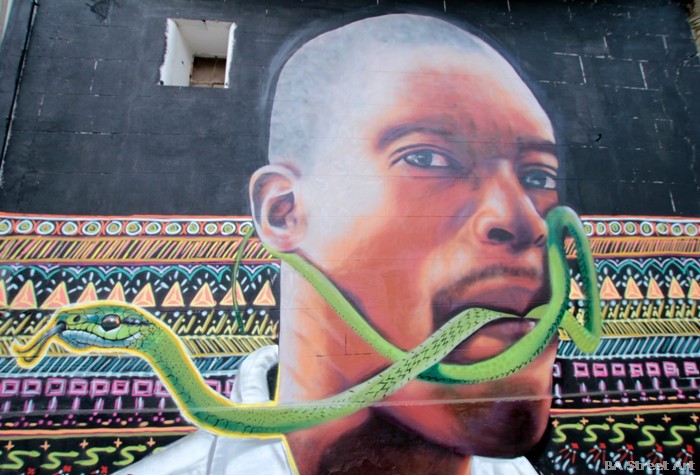 Sasha also felt a little aggrieved: “It’s a shame because we had dedicated an entire day painting it and the wall was great. In the end it worked out because we found another wall that is better suited to the design that we made. I feel a little angry, mostly because of the time we wasted and the cost of the materials we used.” 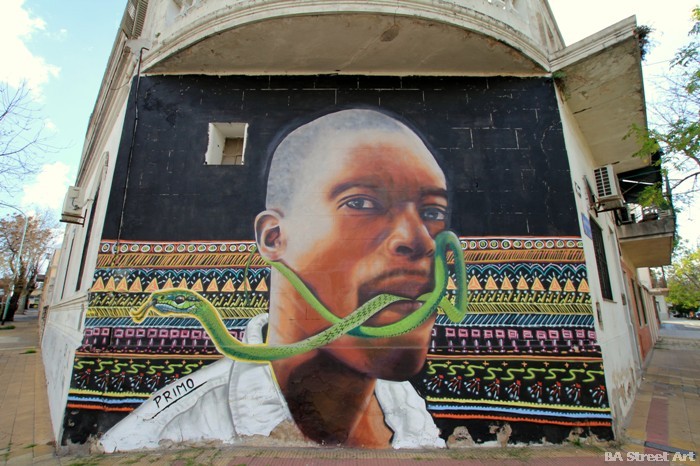 The duo said that in the end they were happy to find another location in Villa Urquiza to redo their impressive design.