Over recent weeks, anti-consumerist graffiti on advertising billboards in Buenos Aires has become an increasing common sight. The craze known as culture-jamming, whereby billboards and posters are defaced to alter their meaning and message, seems to be catching on particularly around Palermo, Villa Crespo and Chacarita. 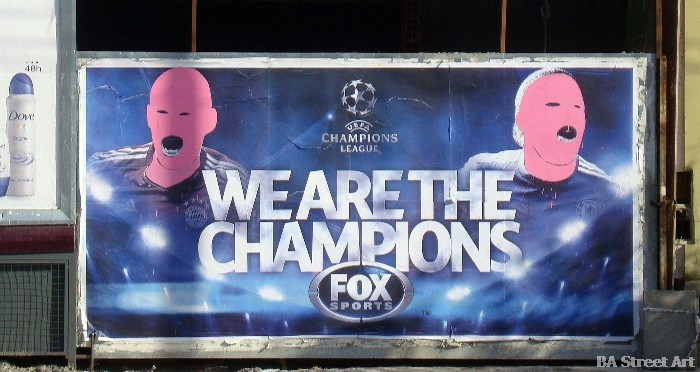 One target has been posters promoting tonight’s tv coverage of the Champions League final with the faces of Bayern Munich and Chelsea footballers Arjen Robben and Didier Drogba daubed in pink paint to give them the appearance of wearing Mexican wrestling masks. The showpiece final is one of the biggest corporate events in football with various beer, fast food, fizzy drink and credit card companies paying millions of dollars to be associated with the event. 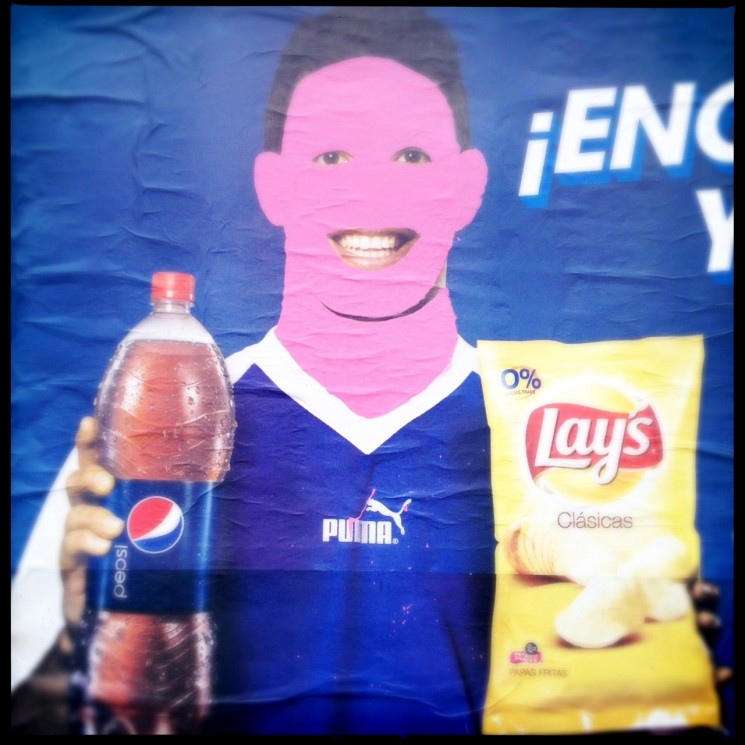 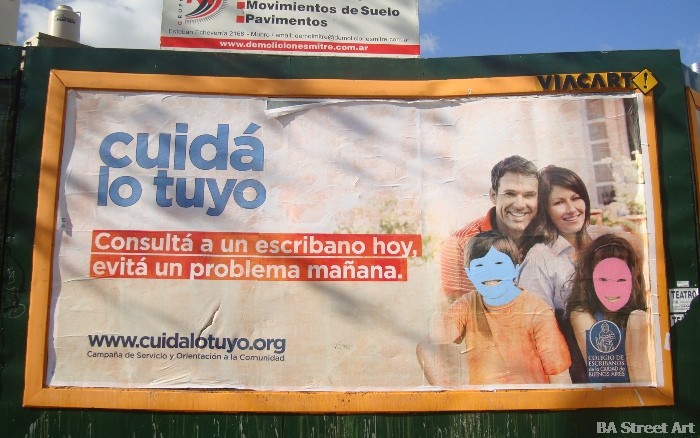 Another poster in Chacarita has been altered by the same artist known as RRAA and mocks a firm promoting legal advice with the slogan ‘Consult a lawyer today, avoid a problem tomorrow’.